Return to Fordham Law School
You are at:Home»Business and Financial Law»Tracing the Human Factor in White-Collar Crime 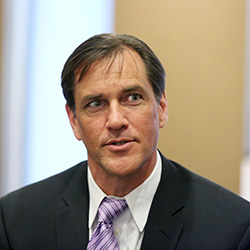 “As a young person I felt that there are good guys and there are bad guys, and the good guys go get the bad guys,” said McMurry. “Then I got sent to Somalia in 1993 with the military—and you look around and it’s just people trying to survive, living in a really tough situation. You start to grow wiser and older and realize people do things for reasons.”

The other panelists echoed this sentiment, reflecting on the banality and sometimes-apparent exigency of white-collar criminality. Both Bistrong and Airan stated that they never set out to commit crimes, yet they nonetheless found themselves the objects of Department of Justice investigations: owing, in Bistrong’s case, to bribes proffered to secure contracts with governments in the developing world, and in Airan’s case to a series of ethically dubious transactions that she orchestrated for a real estate developer in the run-up to the 2008 recession. 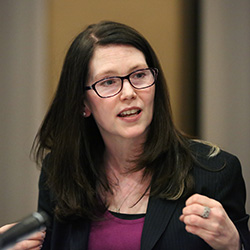 “Yes, I wanted financial stability, but it was more than that. I needed to have stature in my community. I wanted to live at the same level as my friends. I wanted to be needed,” said Airan.

Bistrong said that he came to consider the bribery of foreign officials as not only necessary but also in fact positive for both himself and his clients.

“I wasn’t thinking about victims,” he said. “I conspired to bribe a U.N. official to win a Peacekeeper contract, and because of the corruption, the U.N. paid less money for the product. And if you look at how these public officials are compensated in some parts of the world, they are paid what we might consider to be poverty wages. I started to think of it as altruistic.”

Bistrong wound up cooperating with the U.S. Department of Justice in a Foreign Corrupt Practices Act investigation into his former employer. After signing a plea agreement, he served 14-and-a-half months in a federal prison camp. Airan served six months of her year-and-a-day sentence, and is still jointly and severally liable for $19 million in damages. 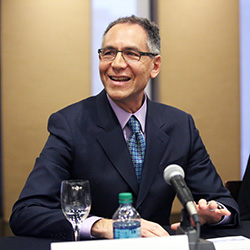 Despite these punishments, both Bistrong and Airan said that, before the end of their criminal proceedings, they had developed a strong sense of respect for the prosecutors and law enforcement officers who pursued their wrongdoings.

“Every person that you deal with as an FBI agent, or as a prosecutor, they absolutely have to be treated with basic human dignity,” said Vash, explaining the opposing side of this relationship. “If you come to it with human dignity, with empathy, with compassion, at the end of the day you end up with individuals who say, ‘Yeah, you’re right, I did do this and I’m taking responsibility for it and I won’t do it again.’”

For Bistrong and Airan’s part, the pair averred that closer contact with their loved ones, and participation in a culture that placed a higher value on compliance, might have steered them away from their criminal acts.

“Sometimes it’s hard to rationalize ‘How do you get there?’” McMurry said. “Everyone’s on that spectrum though, with absolute criminality on one end and absolute compliance on the other. Everyone’s somewhere. And everyone’s capable of almost anything under certain circumstances.”