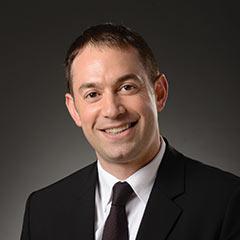 “Immigration Equality brought me into contact with hundreds of other hardworking lawyers—including immigration practitioners, gay rights advocates, movement leaders, thought leaders—a tremendous community that has made real differences in the lives of many,” said Landau. “I feel incredibly lucky to have had the chance to get involved, and I’m deeply thankful to Immigration Equality for the opportunity.”

Landau began taking on pro bono cases with Immigration Equality in 2002 as an associate at Cleary Gottlieb Steen & Hamilton LLP, and he has worked on more than fifteen cases for the organization since then. He joined the Fordham Law faculty in 2010 and teaches courses in the areas of civil procedure, national security, and immigration law. In 2012, Landau was selected by the National LGBT Bar Association as one of the Best LGBT Lawyers Under 40, and in 2013, he received Fordham Law’s Teacher of the Year Award. Landau’s scholarship focuses on federal courts, national security, administrative law, and immigration law.

Landau is a 1995 graduate of Duke University and a 2002 graduate of Yale Law School. He clerked for Hon. David Trager of the U.S. District Court of the Eastern District of New York and Hon. Betty Binns Fletcher of the U.S. Court of Appeals for the Ninth Circuit. He is a former assistant managing editor at The New Republic magazine.

The Global Vision Award was presented to Landau by author and blogger Andrew Sullivan.