In early February, Gal Golod joined an elite cadre of lawyers as the third recipient of a Doctor of Judicial Science (SJD) at Fordham. His thesis, “Private Equity Regulation in the Aftermath of the 2008 Financial Crisis: Is Title IV of the Dodd-Frank Act the Right Answer?” deals with a topic where “there was and there still is a lot of uncertainty,” according to Golod.

“Private equity regulation in the aftermath of the 2008 financial crisis is still very much a nascent field,” Golod said. 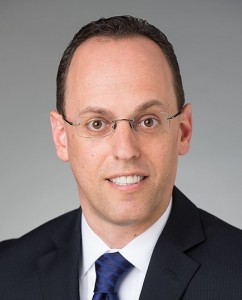 “My SJD project analyzed whether Title IV of the Dodd Frank Act represents the right regulatory response, in terms of private equity regulation.

“The SJD was an excellent platform to engage in this comprehensive academic research.”

Golod received an LLM from Northwestern University School of Law before applying to Fordham for “the outstanding reputation of the school and its faculty” he said, as well as the chance to work with Sean Griffith, the T.J. Maloney Chair and Professor of Law and director of Fordham’s Corporate Law Center.

“Gal was an incredibly strong applicant with a cutting-edge research project focusing on financial regulation in the wake of the financial crisis,” said Griffith, who oversaw Golod’s research. “He basically shows that private equity raises none of the ‘systemic risk’ concerns that animate the other parts of the act and should therefore not be regulated in the same way. It’s an important critical commentary on the way in which the Dodd-Frank Act regulates private equity funds.”

Fordham’s highly selective program, which began in 2010, chose Golod “because he was one of very few who met these exacting standards. Our faculty was excited to work with him,” said Kandice Thorn, the director of international and non-JD programs.

Prior to his current position at Sullivan & Worcester LLP, Golod spent 10 years as in-house counsel of a high-growth technology company in Israel and the United States, where he handled a wide range of corporate finance transactions, equity and debt securities offerings, cross-border business transactions, and general corporate matters.

“There are many benefits to an SJD degree. Primarily, it allows budding scholars to grow and develop their scholarship under the training and supervision of an experienced faculty member,” Thorn said. “Most of our candidates are seeking to pursue careers in academia in foreign countries, for which a doctoral degree is mandatory.”

Golod, whose practice focuses primarily on corporate, securities, compliance, and transactional matters, plans to continue to represent  emerging companies and other private equity and venture capital funds in various transactions and corporate matters.

“The SJD simply allowed me to develop my career, my skills as a corporate attorney, and most importantly to research a very specific area of law and further my education,” he said. “Professor Griffith as well as the members of my dissertation committee have done an amazing job and made a huge contribution to my research project, guiding me throughout this 4-year process, and my professional growth.”