Seventeen M.S.L. candidates joined Fordham Law earlier this fall. The new students join 12 returning M.S.L. students, all of whom specialize in one of two fields: corporate compliance or fashion law. The Law School’s prominence in the two fields is growing steadily.

The Law School launched the nation’s first corporate compliance LL.M. degree program in 2014 and soon after introduced the M.S.L. program geared toward non-lawyers. The program meets a major emerging need in the world of finance regulation in New York City and beyond.

Two years after graduating college, Teresha Miller observed the 2008 economic crisis up close from her office at a small hedge fund. Her firm survived, but anxiety over impending Securities and Exchange Commission guidelines lingered. 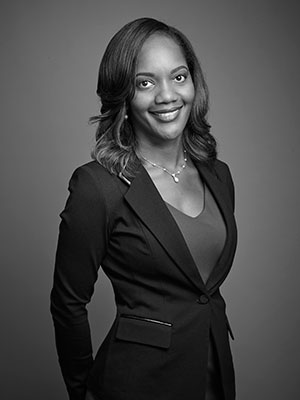 Miller, then an investment adviser, read as much as possible about regulations, in an attempt to grasp how they related to her firm. More often than not, she asked “a lot of questions” for her firm’s counsel, she recalled.

Years later, she considered attending law school for a J.D. degree. Instead, she discovered Fordham’s M.S.L. in corporate compliance, which allowed her to dive right into the legal complexities of her evolving field.

“Compliance is an area that’s not going away anytime soon,” said Miller, who works as a finance and operations analyst for a New York City-based wealth management firm. “It’s only going to grow.”

Her selection of Fordham, she explained, came down to finding a university that offered enough financial industry courses to provide the foundational knowledge she sought.

Just two weeks into her first semester, she expressed confidence that the information she had learned—and would continue to learn—would make her more effective in maintaining her current firm’s due diligence.

“For Fordham to have this program in place is a great thing,” Miller said. “They are pioneers in that sense.”

At the turn of the century, Tommy Hilfiger’s red, white, and blue flag emblem ranked among fashion’s most ubiquitous logos. During that time, the company’s meetings rarely, if ever, addressed concepts such as intellectual property or copyright protection, recalled Nicole Piccirillo, who served as senior brand manager for Tommy Hilfiger’s global licensing division between 1998 and 2006. Those conversations were years away.

“Ten years ago, fashion law was not a topic we discussed,” said Piccirillo, now the director of licensing and brand development for Diane von Furstenberg in New York City. 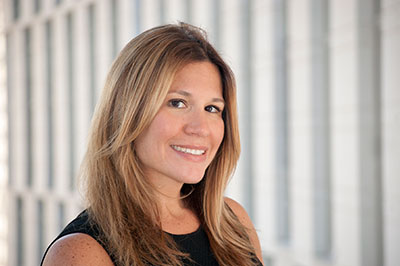 Today, the 24/7 churn of social media and the rapid spin cycle of fast fashion requires that brands stand vigilant against counterfeiting.

Piccirillo, who handles copyrighting, trademarking, and intellectual property for Diane von Furstenberg, learned of the fashion law program while speaking with Fashion Law Institute Director Susan Scafidi during an Earth Day event at the Law School.

Piccirillo deals with legal matters at “a surface level” in her current job. The fashion law M.S.L. will enhance her legal understanding of the global trademark and copyright contracts that arrive on her desk, making her a better licensing director, she said. Her long-term aspiration is to ascend to vice president of brand management for a fashion or consumer goods corporation.

“I’m definitely excited this program is offered in New York City, the fashion capital of the world,” Piccirillo said.