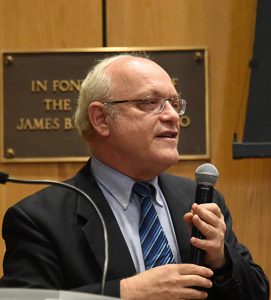 The two-day event, “Divorce Settlement Abuse and Extortion in Jewish Law: Sociological, Legal-Contractual, and Ethical Aspects,” featured five sessions that combined theoretical and empirical approaches to examining the dynamics created by the implementation of Jewish religious divorce laws across various fields. In addition, Justice Hendel spoke about “The Role of the State in Dealing with Get Refusal.”

Jewish law requires that an Orthodox Jewish marriage be terminated not only by civil law but also through Jewish law with a divorce document called a get, without which the couple is not considered divorced. The consequences for failing to obtain a get can be life-altering, especially for women. As such, the summit examined how Jewish divorce laws not only affect the get-refused agunah but divorce settlements of all Jewish women who are terminated under religious law. An agunah is a married woman who is separated from her husband for whatever reason but who is unable to remarry under the law until she receives a get. 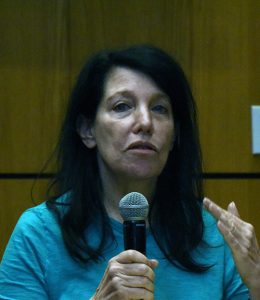 “It’s significant that Fordham’s ethos is based upon the reconciliation of faith and reason,” said Fordham Law Visiting Professor Daniel Sinclair, the senior research fellow at the Institute on Religion, Law and Lawyer’s Work. “There can probably be no more significant a subject to figure in the discussion of these portals than the agunah, which has ramifications for the conflict between those issues of faith and reason.”

Sinclair noted that for progress to be made on divorce issues involving Orthodox Jews there must be a “blessed alliance between academics and activists.” It was leading activist Blu Greenberg, founder of the New York-based Jewish Orthodox Feminist Alliance (JOFA), who contacted Sinclair about hosting the Third International Agunah Summit at Fordham.

“It says something quite special about life, relationships, and mutual respect that a Jesuit university can host a conference on something that is deeply internal for the Orthodox community,” said Greenberg, who has been a leading agunah activist for more than four decades.

Longstanding agunah issues, such as debt extortion, remain largely unsolved since the first summit in 2013, but Greenberg shared optimism that activists are nearing a resolution that would shift the paradigm in the Orthodox community to zero tolerance on abuses.

“It’s very important to realize the depths of the problem,” Justice Hendel said during his address. “There is an inherent lack of equality between the husband and wife. … Sometimes I think what we’re doing, which I am not happy with, is imposing a false equality, which has nothing to do with reality and hurts the woman very, very much.”

Hendel added that the rabbis he has spoken with want one solution, and that there is a growing consensus that a woman should be allowed a get. “To some extent, there is more of a common ground than there once was because of the recognition this is something that shouldn’t be, that this is distorting God’s name, distorting God’s word,” Hendel noted.

While recognition of the need for women to receive gittin might be rising, Professor Ruth Halperin-Kaddari’s empirical findings presented during the summit’s first day showed that get abuse in Israel is pervasive and that gender inequality is deepening. In addition, 60 percent of the religious and ultra-Orthodox women she polled reported that they suffered domestic abuse during marriage. She declared get abuse “a shameful stain on Israel’s professed democracy” during the summit’s first session, “Bargaining in the Shadow of the Law.”

The notion of get negotiation or extortion is a “learned tactic that become hegemonic and normative” in the last 50 or so years, observed Yael Machtinger of York University in Toronto during the opening session. 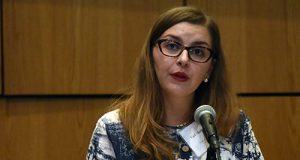 “In a sense, it’s not the persistence of get refusal that is noteworthy, because unfortunately abuse, power, and violence can be normative characteristics of all types of conjugal relationships, Jewish or not,” Machtinger said. “What is noteworthy, I argue, is the leadership’s reluctance to mend the gash in the fabric of its own society,” she added.

Day two of the conference featured a quartet of sessions stretching between 60 and 90 minutes. They included