When Eunice Hunton Carter graduated from Fordham Law School in 1932, she was already the wife of a respected dentist and the mother of a young son, but she was not content to remain a society matron. Becoming a lawyer was a wish she’d had as early as the age of 8, as her grandson Professor Stephen L. Carter recounts in his 2018 book, Invisible: The Forgotten Story of the Black Woman Lawyer Who Took Down America’s Most Powerful Mobster, which received a 2018 New York City Book Award from the New York Society Library.

The prize, conferred in a ceremony on May 1, strives to honor books of the highest literary quality that capture the spirit of New York. From September 2018 through March 2019, the judges read 140 books of different genres nominated for the prize to determine the finalists. One question in particular that the judges considered is if the book’s content is something to which New York Society Library readers may not otherwise be exposed. 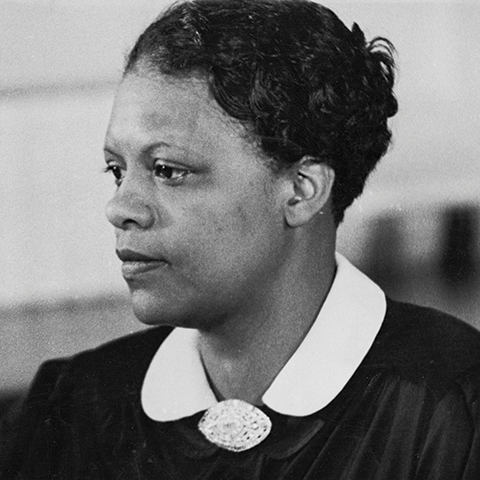 Eunice Carter was New York’s first African-American woman to serve as an assistant district attorney as well as the only woman and sole person of color appointed to investigator Thomas E. Dewey’s team. She served on the vice squad, tasked with eliminating crimes like gambling, narcotics, and prostitution. At the time, vice was considered “women’s work”—part of her job was interviewing alleged sex workers. Carter, however, used her division to bring down the most notorious of New York’s Mafia bosses at the time, Charles “Lucky” Luciano, by proving that the mob operated the city’s brothels. In 1936, Luciano was sentenced to 30 to 50 years in prison. These achievements are made all the more remarkable given the extreme discrimination Carter faced in the 1930s both as a woman and as a person of color.

Geeta Tewari ’05, associate director of Fordham’s Urban Law Center as well as a creative writer, served as a member of the judging committee for the prize. She said that not only did Carter’s book tell a New York story about law, politics, and diversity in the city’s history, but a current one, as well—she pointed out that according to the U.S. Census Bureau, New York City’s population was estimated to be approximately 25% African American and 53% female as of 2018. The story of Eunice Carter, an African-American woman pursuing and achieving significant career goals, is an example and inspiration to women and persons of color striving for careers in social justice today.

Leah Carter, Stephen’s daughter, echoed this sentiment when she accepted the award on her father’s behalf and noted that her great-grandmother’s story is “particularly salient” now, when it is easy to look at the state of the world and despair. “Eunice, who on so many occasions persevered in the face of overwhelming odds, reminds us of the importance of carrying on with our chosen work,” she said.