The Dean’s Medal of Recognition is the highest honor the dean of Fordham Law School can bestow, and on May 30, at the final Fordham Law Alumni Association (FLAA) meeting of the academic year, Dean Matthew Diller awarded the prize to Hon. John F. Keenan. Keenan graduated from Fordham Law in 1954, and his 63-year career is marked not only by his numerous seminal court decisions, but also by his commitment to public service.

In his introduction, Dean Matthew Diller described Keenan as “one of the best trial lawyers and trial judges of all time.” Keenan has been a longtime friend and supporter of his alma mater; he has taught trial advocacy, judged moot court competitions, served as vice president of the Fordham Law Alumni Association board, and received many prizes for service to the school. His commitment extends to his professional practices, as he consistently hires and mentors Fordham Law graduates, the majority of whom have gone onto distinguished legal careers. “Over the years—I’ve checked the numbers—I’ve had 43 clerks. Fordham is the school from which 40 of the 43 have come,” he told guests, eliciting laughter and applause. 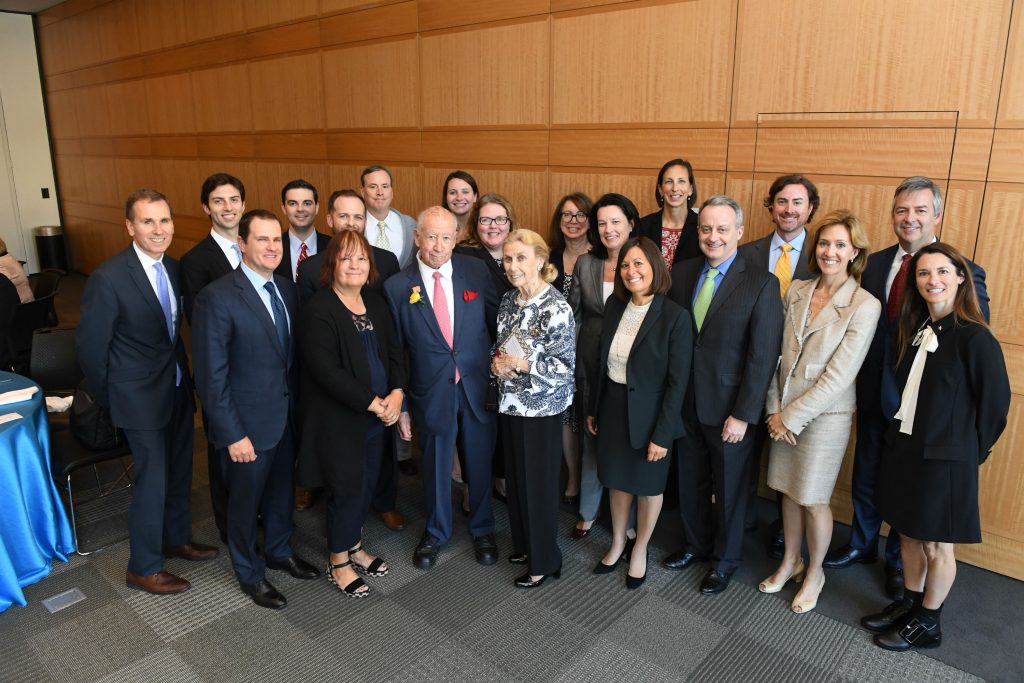 Honorable John F. Keenan ’54 with his wife, Diane Keenan, and some of the judge’s former clerks

In keeping with his legacy of mentorship and service, Keenan accepted his reward by extolling the virtues of Fordham Law School and its graduates. Many of his past clerks who were in attendance, including Sharon McCarthy ’89, the first woman president of the Fordham Law Alumni Association and former assistant U.S. attorney; Rita Glavin ’96, who served as the head of the Department of Justice’s Criminal Division before entering private practice; and Hon. Leda Dunn Wettre ’93, a United States magistrate judge for the District of New Jersey. Fordham President Father Joseph M. McShane, S.J. was also in attendance. 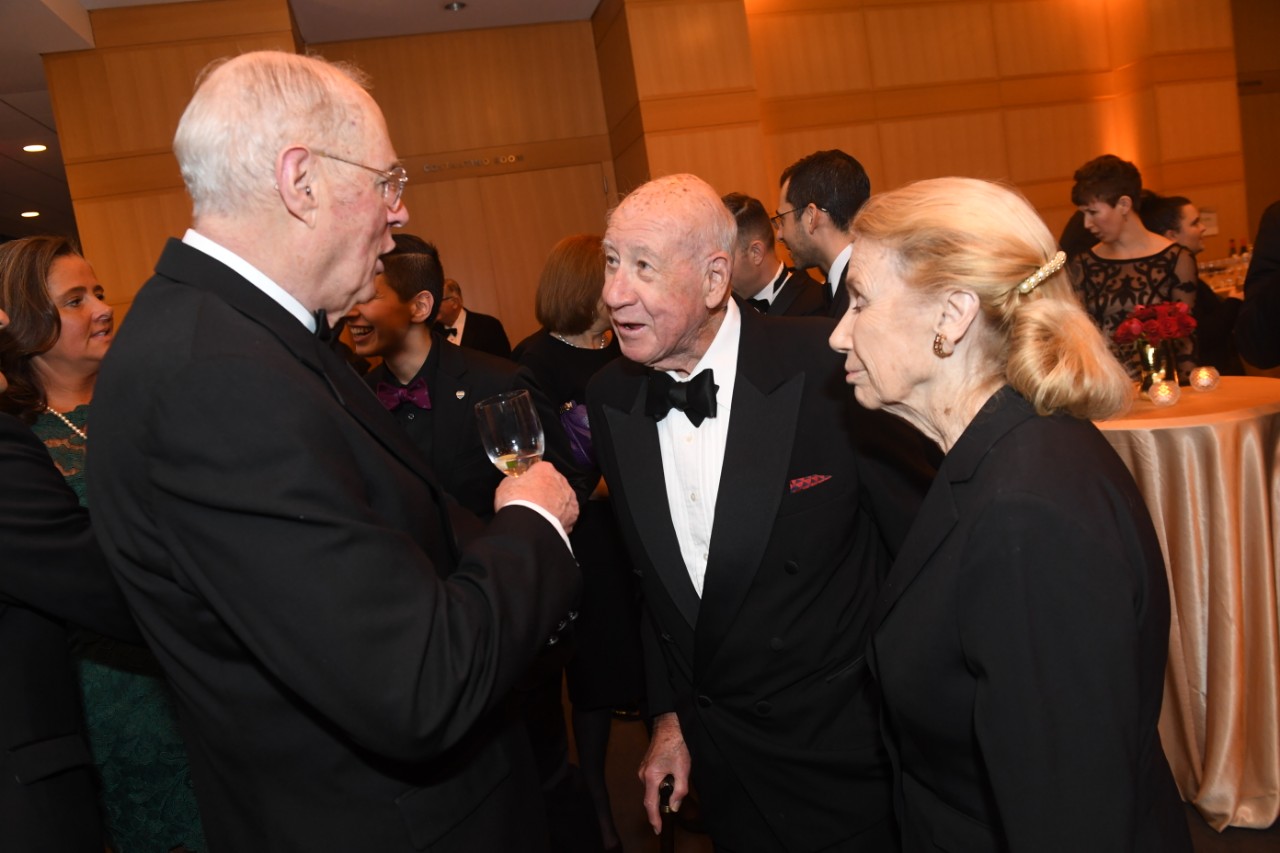 Keenan thanked Diller for his remarks, saying “I’m deeply honored and quite surprised. I had no idea anything like this was coming.” He has fond memories of his time at Fordham, despite working two jobs while studying—clerking for a law firm in the afternoons and working at a post office in the evenings—and credits the school with his successes large and small. He told guests how at his graduation in 1954, he received a check for $100 for his exemplary performance in moot court competitions. He said he used that check not only to take—and pass—the bar exam, but to take his now-wife, Diane, on a date to propose. After graduating, he served two years in the United States Army working in military intelligence. Upon his return in 1956, he hoped to work for the Manhattan District Attorney, but no positions were available, so he took job at a private law firm. Before the year was out, however, Keenan was an assistant district attorney for the Manhattan DA, having served fewer than six months in the private sector. 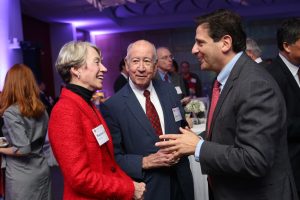 He quickly became a prosecutor known for his keen instincts and intelligence, especially for his work on some of the city’s most notorious homicide cases. He held numerous appointments during his two decade tenure at the New York District Attorney’s Office, including chief assistant district attorney of Queens County. In the following years, he went on to serve as special prosecutor for corruption (1976–79), chairman and president of the Off-Track Betting Corporation (1979–1982), and criminal justice coordinator for New York City (1982–83). In 1983 President Reagan nominated him for the U.S. District Court for the

Southern District of New York, where he has served since and achieved senior status in 1996. As a federal judge, Keenan has presided over several high-profile cases, including one concerning the delivery of relief funds to Bhopal, India after the Union Carbide Corporation gas leak as well as a racketeering case against former Filipino first lady Imelda Marcos. From 1994 through 2001 he served on the United States Foreign Intelligence Surveillance Court, and on the United States Judicial Panel for Multidistrict Litigation from 1998 through 2006.

Though Keenan announced he would begin taking on fewer cases, his legacy continues through the work his many illustrious protégés. Diller said, “[Judge Keenan] has really carried forward Fordham values by nurturing the next generation of leaders in our community.”