Fordham Law’s Brendan Moore Trial Advocacy Center is ranked #9 in U.S. News & World Report’s 2020 list of top trial advocacy programs. The center, established in 1995, is made possible by Thomas A. Moore ’72 in honor of his brother’s memory. 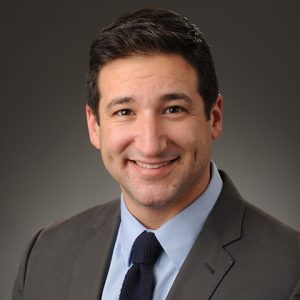 Adam Shlahet has served as the full time director for the Brendan Moore Advocacy Center since 2016, though he began working with the center as an adjunct coach in 2004. Since then, the center has ranked in the nation’s top 20 trial advocacy programs, and in the last three years, has moved from 17th place to 12th, and this year, has entered the top ten. Shlahet believes what sets Fordham apart is not only the strength of its alumni and student network, which is formidable, but also the generosity of Thomas Moore and Judy Livingston, whose support has bolstered the Moores since their founding.

To become a Moore Advocate, students must compete in either the summer competition or fall intraschool competition. The program is open to students who have completed at least one year of law school, and each year the program incorporates about 45 2L and 3L students, picked from a group of roughly 100 who try out.

The students are invited to compete in many different trial advocacy competitions regionally and nationally, and the Moore Center itself hosts two competitions: the Judge Paul Joseph Kelly, Jr. Invitational Trial Competition and the William M. Tendy Federal Criminal Trial Advocacy Competition, an intraschool event. The Moore center also sends out roughly 12 teams to competitions each semester, while other schools might send out only four or five.

Each team is coached by practicing attorneys, most of whom are Fordham and Moore alumni, and the center recently formed an alumni association, as well, to help maintain strong network ties. The coaching staff is large—Shlahet estimated that the Moores employ about 40 adjuncts a year to coach the teams. “The majority of our coaches are alumni of the program,” he said. “Our network is so strong because so many of our alumni remain really invested. And it’s a renewable resource, because at some point people can no longer continue to coach, but every year, we graduate more people who are eager to come back and stay involved.”

Additionally, the Kelly invitational competition serves as a resource for Moore Advocates, though no Fordham students compete. Fordham Law provides the problem, written by Moore alumni, and Moore participants act as witnesses during the trials and are able to observe how other teams succeed or fail, aiding them in crafting their own arguments for future events.

Professor James Kainen, who teaches evidence at Fordham, is also a major asset. Kainen has worked tirelessly with the Moores since its inception, growing it from an extracurricular program into what is now a nationally-ranked top ten trial advocacy center. Few advocacy centers have such devoted aid from a tenured evidence professor, and many alumni are so eager to maintain their involvement with the center out of their love and respect for him. 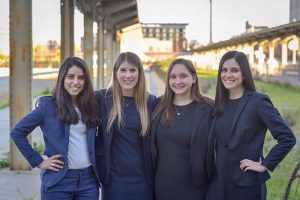 Shlahet emphasized, “This ranking is really a result of the hard work of years and years of Moores. We’ve been building a reputation for a long time, and someone could be filling out this survey [for US News]who saw a Fordham team six years ago that was really smart, professional, and prepared. So, everyone who’s been a part of this process can feel responsible for it.” He said he has been present at competitions and heard a familiar phrase in a team’s argument, recognizing it as one he used himself years ago. He jokes,“Nothing is copyrighted. All the best trial lawyers steal from each other—and if you do it better, it’s yours.” Of course, in the case of Moore coaches reusing one another’s lines, it is more a method of passing down wisdom than stealing.

He did also note that the rubric for rankings changed this year—in the past, survey participants would put check marks next to what they considered the 15 best programs. This year, they were asked to give each school a ranking from one to five points, ranking the winners by the highest average scores. “It’s encouraging that the more data they acquired, the better we did,” Shlahet said.