Return to Fordham Law School
You are at:Home»Faculty» International Mediation Gets Some Enforcement Teeth 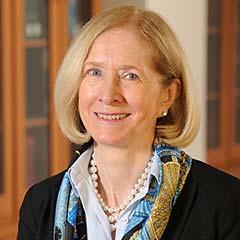 “Before this treaty, one of the problems with international mediation was that you didn’t know if your agreement would ever be enforced,” she said. Prior to the adoption of this agreement, the formal name of which is The United Nations Convention on International Settlement Agreements Resulting from Mediation, enforcement processes for internationally mediated agreements were often murky, delay-ridden, and expensive, which sometimes deterred parties from using mediation in the first place.

The timing of the Singapore Convention is fortuitous for Nolan-Haley, as it comes on the heels of the publication in June of her new book, Global Issues in Mediation (co-authored with Ellen E. Deason from Ohio State and Mariana Hernandez-Crespo Gonstead from the University of St. Thomas). Both the Convention and the book are the result of over three years’ collaborative work.

Nolan-Haley and her co-authors had been aware of the Convention, as they had observed UN hearings, but did not realize that its signing would coincide so closely with the book’s launch. Global Issues in Mediation discusses the legal, cultural, and ethical issues involved in international mediation and fills a gap in the literature, where there is a dearth of texts on the subject.

Nolan-Haley said mediation is becoming more popular because companies are increasingly dissatisfied with relying on arbitration to resolve disputes. “Guerilla tactics used by some advocates in international arbitration are making it very much like American litigation—very adversarial,” she said. Tactics such as introducing important documents on the eve of a hearing or holding them back until closing can make for exciting movie plot twists but they disrupt the process of an orderly and just hearing. “Mediation, on the other hand, is a consensual problem solving process, in which one would typically never use guerilla tactics,” Nolan-Haley said.

When she began her career, ADR was a relatively new field of study. Like many other young lawyers, Nolan-Haley found the adversarial nature of litigation distasteful, and when she began teaching a mediation course at Fordham Law, it seemed a natural fit. From there, she began working with former Fordham Law Dean John D. Feerick ’61 and in 1996 they were instrumental in establishing the Fordham-Ulster Conflict Resolution Program to develop mediation curricula in Northern Ireland. Today, in addition to directing the Law School’s ADR program, she teaches numerous courses on the subject, including one offered during the Belfast-Dublin summer program.

Mediation has become a popular method to resolve disputes in other legal arenas as well; this October, Nolan-Haley spoke on a plenary panel at the University of Missouri on comparative perspectives on mediation and access-to-justice initiatives.

Additionally, on November 22 of this year, Fordham Law’s Conflict Resolution and ADR Program will host its 14th annual Conference on International Arbitration and Mediation, presented with the Louis Stein Center for Law and Ethics.