Return to Fordham Law School
You are at:Home»Law School News»Law Forward: Alumni at the Nexus of Tech, Ethics, and the Law

From cryptocurrency to artificial intelligence, technology already has changed the way lawyers do their job—and is certain to continue to compel additional change well into the future.

While new technologies can spur economic growth, create jobs, address long-standing social problems, and even expand access to justice, they can also precipitate new legal issues or exacerbate existing privacy issues, civil rights concerns, and economic disparity. Here, in their own words, are experiences Fordham Law alums have faced as they have sought to ensure that the rule of law is applied correctly, consistently, and rigorously in a world transformed by technology. 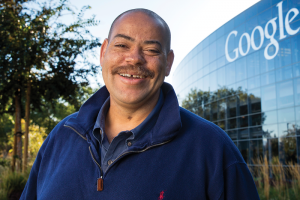 Managing Tech to Ensure it Doesn’t Amplify and Exacerbate Biases

“Some people feel new and emerging technologies, like artificial intelligence and robotics, are the province of the engineers that create them. Maybe. But I also think lawyers have a tremendously important role to play in ensuring that these technologies don’t inherit the biases and inequities that plague our society and propagate them at scale.

Fordham lawyers, in particular, because of the rigorous legal training we receive and the focus on ethics and doing good that’s at the core of the Jesuit mission, are in a unique position to contribute to the effort to introduce these technologies to the world in ways that deliver the positive impact they promise.” 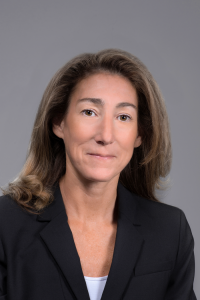 Helping Entrepreneurs to Change the World

Alexis Klemish ’93, senior corporate and tech transactions counsel at Cruise; formerly with Twitter and the California Department of Information Technology

“Lawyers can and should play a key role in supporting innovation that can help change the world in a positive way. At Cruise, our goal is to build the most advanced self-driving, all-electric vehicles that safely connect people to the places, things, and experiences they care about. We’re using technology to build trust with our communities based on the belief that safely deploying all-electric self-driving cars at scale will have a significant positive impact.

Entrepreneurship that drives innovation to change the world in a positive way is also ingrained in Fordham Law’s mission. Fordham lawyers must have strong judgment, possess the skills to solve real-world problems, and be committed to service with integrity. Through Fordham Law’s Entrepreneurial Law Clinic, entrepreneurial law programs, IP curriculum, experienced adjuncts, and all of its alumni, Fordham Law uniquely positions law students to seize upon the opportunities of the future in technology leadership, entrepreneurship, and innovation.” 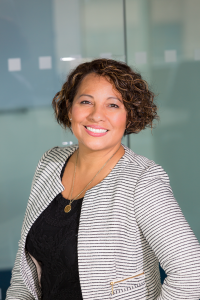 “I grew up in California, the daughter of farm workers, so early on, I understood the importance of economic opportunity. I spent part of my career in public policy working on issues of human rights; afterward, I was fortunate to work in bankruptcy and at the SEC. My time working in securities litigation gave me a deep understanding of capital markets and financial services. My Money My Future grew out of those experiences and my desire to help people understand the mechanisms to build wealth and achieve economic mobility.

It is not very often you have the opportunity to do good and to do well, but fintech was the perfect sector for me to use technology to scale a solution and move the needle on closing the racial wealth gap. The law touches every part of my work, from regulatory issues, to policy issues related to consumer protection, to contracts. I am forever grateful for the strong legal foundation I received at Fordham. I am a testament to the fact that a well-trained lawyer can go on to do just about anything.” 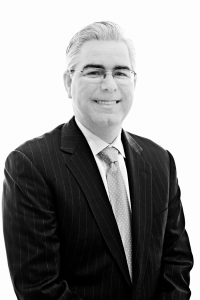 Shaping the Future of a New Pro Sport

“Ten or fifteen years ago, no one was considering the law as it applied to video gaming. Now, with e-sports, where people are playing video games professionally for millions of dollars, lawyers are in the position of shaping what these new sports leagues might look like, including what protections players should receive and what’s required to participate.

There are a number of thorny issues, including what consequences there might be for players who get in trouble for, say, gambling, or sexual harassment, or for using a performance enhancing drug—such as Ritalin or Adderall—to increase their focus. We may ultimately decide that that kind of drug use is a violation. Then there is regulation of player toxicity—players who trash talk in their online communities or even go beyond that.

You want to protect people’s First Amendment rights, but you also may not want to give toxic players a platform. Lawyers will need to be opining on this and designing systems and terms that give companies broad latitude to ban someone who is a harasser.” 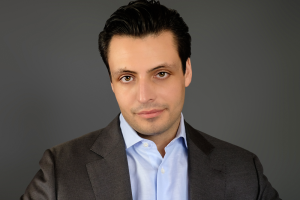 Shaoul Sussman ’19, litigation associate at Pearl Cohen and author of “Prime Predator,” a paper that has stirred discussion about who pays for the convenience and low prices of dominant digital platforms.

“I got interested in the phenomenon of predatory pricing after taking Professor Zephyr Teachout’s class Markets and Democracy. We assume consumers benefit from the low prices and convenience of Amazon and Uber and all these platforms that have a lot of buzz around them. But it’s also important to look at the price we’re paying—now and in future—and what vulnerable communities might be impacted.

There’s a disconnect between the business realities of tech giants like Amazon and antitrust law, which has been slow to adapt itself to the Internet Age. Whether its taxi drivers going out of business because of Uber, or vendors being forced to raise prices for their products at brick and mortar establishments like Walmart and Dollar General (where vulnerable populations that can’t afford a Prime membership tend to shop), we need to make sure these transactions are fair, and the parties who make their living through these platforms—whether vendors or drivers—are not coerced or mistreated by that platform because they need access. Law has a role in making sure that doesn’t happen.” 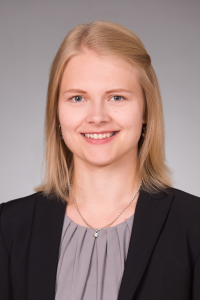 “Cryptocurrency is often associated with crime, when, in fact, the technology behind it can be deployed to track coin movement, identity, and use cases better than fiat [paper]money. New technologies like crypto and blockchain can make it practically impossible to evade sanctions or finance terrorism. Plus, I feel empowered whenever I help launch a cryptocurrency that automatically mitigates the carbon footprint of everything we buy.” 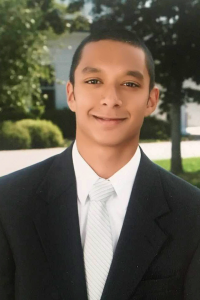 “I am grateful and blessed to have lived, seen, and surpassed the struggles that many immigrant families endure in the United States. As a first generation American, I started Seethos as a way to go back to my roots as an immigrant and help other immigrants. In the wake of growing border issues and the uncertain political climate, we created an immigration platform and access to justice initiative called Quria, featuring an A.I.-enabled virtual legal assistant that answers questions about immigration and provides guidance to those in need.

This project fueled our core mission at Seethos, which is to democratize artificial intelligence and solve high-impact problems. Lawyers are often seen as the gatekeepers to legal help. But I firmly believe that lawyers and public-interest advocates can leverage technology to build and disseminate access to justice opportunities to the public—especially underserved and vulnerable populations.” 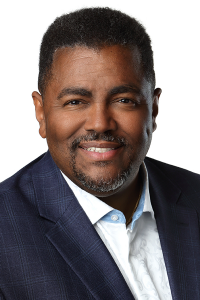 Deciding Who Is Responsible for A.I. Decisions

“Over the years, we’ve struggled with how to hold corporations accountable, with labor laws, product safety, OSHA, and others. But as we move into the realm of augmented reality and artificial intelligence, and increasingly have machines themselves participating in our daily lives and making decisions for us based on defined algorithms and making risk calculations, the responsibility of the entity grows. And so, the question becomes: Who or what is going to be governing them? Who is accountable?

As lawyers continue to ensure a balance between the individual and the corporate entity, we need to take into account the AI algorithms and actions that result from the use of AI, which is now a third actor. And even the entity itself can’t always account for what is going to happen.” 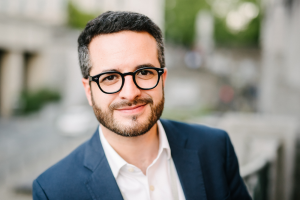 “Back in 2000, as a visiting LL.M. student from France and a research assistant to Professor Joel Reidenberg, I was studying how Europe and the United States were beginning to regulate online content, while being cautious not to place excessive liability on technical platforms to not stifle the growth of the internet. Two decades and four billion users later, that bet has certainly paid off. The ability of anyone to access and publish information without permission or prior review has been powering the global economy; allowed knowledge and culture to spread, and enabled citizens to mobilize and raise awareness of important social causes in unprecedented ways.

However, that same freedom has also brought a dramatic increase in harmful speech with real-world consequences, from fake news to extremist radicalization, which has reopened many of the legal and policy debates of the past. Namely, how can we deal with abusive actors effectively and at scale without depriving the majority of law-abiding users of their freedom to communicate? Should that responsibility mainly sit with government or with private companies (or both)? Twenty years after my LL.M., these are just some of the hard problems yet to be solved.” 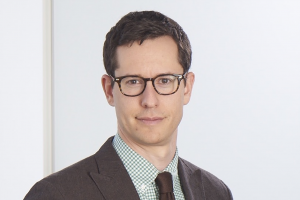 Adapting the Law to Combat Online Fraud and Abuse

“People predict that the ease of electronic surveillance will make our old expectations of privacy unreasonable, or they point to social media bots or online impersonation and predict the end of truth. But we don’t have to just throw up our hands. We can use the law to set bounds for new technologies.

I do that in my work at the [New York State] Attorney General’s Office. I bring cases aimed at defending the privacy of intimate images that adults choose to share through apps, and I investigate apps used to secretly spy on other people’s smartphone activity, because I believe it is still eminently reasonable to expect privacy when we express ourselves privately with romantic partners, regardless of the technology used for that expression. I bring cases against sellers of fake social media engagement and submitters of public comments in government rulemakings that purport to be from citizens who never actually wrote them. 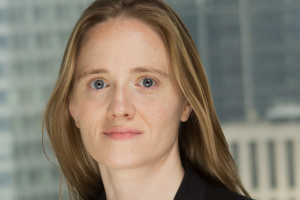 I truly believe the legal profession can use technology to make the world a better place. You might say I’m an idealist. People have always been cynical about lawyers, and we live in a time of intense cynicism about technology, too — its effects on privacy, democracy, and the social fabric itself. But I won’t join the cynics, on either front.” 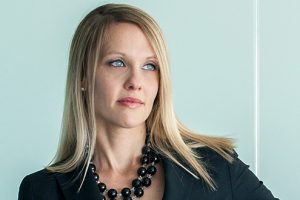 Elisa J. D’Amico ’06, co-founder of the Cyber Civil Rights Legal Project and a litigation partner at K&L Gates in Miami

“Sexual privacy is a distinct and unique privacy interest that deserves both recognition and protection (just ask Fordham Law alumna Professor Danielle Citron ’94). These days, we are what our digital footprint says we are. Once information is uploaded to the Internet, it is virtually impossible to get it back. Victims of nonconsensual pornography and other technology-facilitated abuse, who are most often women and other minorities, suffer tremendously.

I founded the Cyber Civil Rights Legal Project in 2014 to empower victims and help them reclaim their sexual privacy and their lives. Doing this work is extremely difficult, but equally fulfilling. My mentor at Fordham Law, Ron Fischetti, a trial advocacy adjunct professor, always told me that when you do something that gives you the fire in your belly, it means you’re doing the right thing. Well, I guess I’m doing the right thing because I’ve got that fire in the belly every day.”