Congressman Thomas Suozzi ’89 recently met by videoconference with Fordham Law’s Democracy and the Constitution Clinic. The second-term congressman gave the students feedback on their proposals for reforms to the country’s institutions and its democracy. 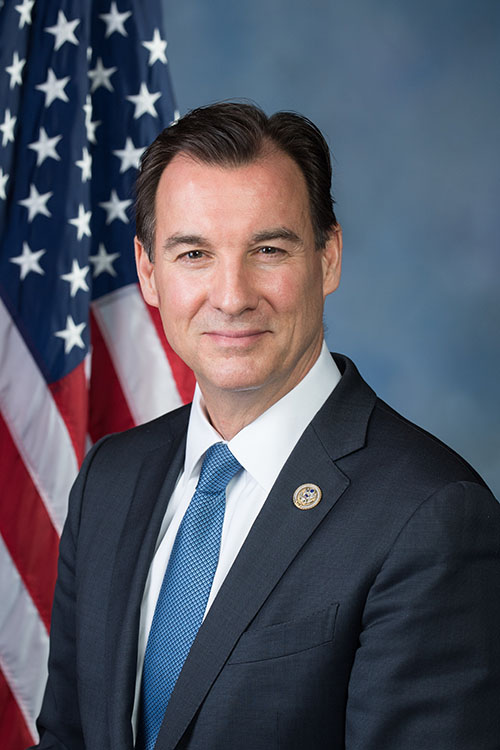 The meeting touched on projects the clinic has worked on over the past year, including reforms to the way special counsel investigations are conducted, changes to the presidential primary process, reforms related to the Supreme Court, and regulation of public officials’ uses of social media.

“These are all very heady and complicated topics,” Suozzi told the students. “It’s great to know there are people spending so much time analyzing these issues in a very thoughtful way, using great intellect and effort.”

One of the student projects discussed focuses on a requirement that all voters be allowed to vote by mail in this fall’s presidential election. The reform anticipates that many voters will hesitate to cast ballots in person amid COVID-19’s continued spread.

Responding to the pandemic has been Suozzi’s primary focus since the start of the outbreak, which has ravaged the greater New York area, including his Long Island district. Suozzi was recently named to a bipartisan White House task force on reopening the economy. He told the students that he is simultaneously working on the two main aspects of the crisis: healthcare challenges and economic impact.

“I don’t agree with the president on so many different things, but my obligation is to the country and that’s why I’m serving on this bipartisan task force,” Suozzi said.

The roots of the congressman’s dedication to public service trace back to his time at Fordham Law. He recalled then-Dean John D. Feerick ’61 encouraging him to take up his first “real public service project.” Feerick, who co-teaches the Democracy Clinic, was part of the meeting. Suozzi praised Feerick for encouraging him to put his “idealism into practice.” He also told the students that he once portrayed Dean Feerick on stage during the “Fordham Follies,” a yearly skit show produced by Fordham Law students.

The April 29 meeting was the second time Suozzi joined the Democracy Clinic in conversation. Students in the clinic met with him in person last March in Washington, D.C., at the Capitol to discuss their reports, which have since been published on the Law School’s website. Both meetings were arranged with the assistance of Conor Walsh ’15, the congressman’s legislative director, who took classes with Dean Feerick while he was a Fordham Law student.

Suozzi used part of his meeting with the clinic to impart pointers on policymaking. He urged the students to look beyond the current moment in designing reforms. “What happens is we try to think of ways to reform the system based on what’s right in front of us,” he observed. “But we don’t think of the unanticipated consequences.”

Suozzi concluded the meeting by offering to connect the clinic with other members of Congress and asking the students to stay in touch to continue sharing their ideas with him.