As the coronavirus outbreak unfolded, not only did it disrupt the Law School’s traditional in-person curriculum, it also threatened crucial networking opportunities for students seeking to enter the job market. Nonetheless, nearly 90 Fordham Law alumni have stepped up to provide mentoring through an innovative new remote mentoring program launched by the Law School’s Career Planning Center (CPC).

“Even though the world changed and the rug was pulled out from under us, we didn’t want the networking to stop because relationship building is so important for law students,” said Assistant Dean of Career Planning Jayne Schreiber, who leads the CPC. “Fordham has an amazing alumni community that’s willing to sit down with students, listen to them, and give them advice.”

To date, 98 students have signed up and have had 382 networking conversations with alumni working at small, medium, and large-sized law firms and in public interest law. One silver lining of the program, which many participants have noted, is that these networking sessions are easier to organize and are more flexible, unlike being limited to an on-campus reception in the middle of a weekday. 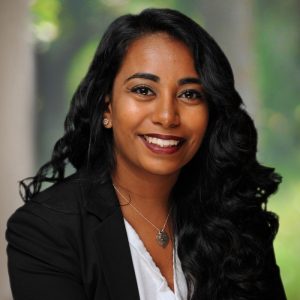 Recent graduate Melissa Aziz ’20, for example, wanted to speak with Mary Kate Brennan J.D. ’12, LL.M. ’17 because Brennan was a Dean’s Fellow with the Fashion Law Institute after she graduated from her J.D. program. “I never had an opportunity to meet her, although I could’ve cold emailed her in the past,” Aziz explained. “When I saw her name on the remote networking list, I used this opportunity to finally reach out to her since I would like to pursue a career in fashion law/intellectual property generally.”

They scheduled a phone call together in which they discussed navigating the job search as a 3L and brainstorming a career path with fashion as an ultimate interest. “Currently I work at a firm where many of my clients are in the fashion industry, but that wasn’t my first job out of law school,” the associate at Dentons and co-chair of the Recent Graduate Committee said. “After my fellowship with Professor Susan Scafidi ended, I worked in the litigation department at the Port Authority. Based on my personal experience, I recommended being open-minded towards job opportunities, conducting a broad search, and thinking outside of the box because one job can ultimately lead to another.” 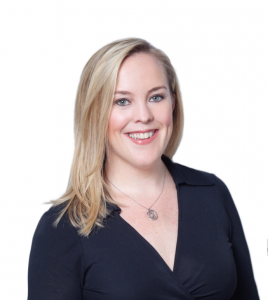 Brennan said she wanted to serve as a mentor because this kind of networking did not exist when she entered the job market. “Neither I, nor any of my close friends had secured jobs before graduation, and I remember putting a lot of pressure on myself at the time. I think that it helps current students and recent graduates to talk to young alumni who recently survived graduating during a bad economy,” she continued. “My hope is to help our students and recent graduates feel calmer and confident regarding their future job prospects. When talking with Melissa, I could happily share that all of my Fordham friends are gainfully employed now.”

Zulkifl Zargar ’21 spoke with graduates from 2018 and 1995, one who is a current judicial law clerk and the other a former high-level official in a state Attorney General’s office respectively. “In addition to wanting to speak with lawyers from under-represented backgrounds, I wanted to learn about their clerkship experiences and about networking tips broadly, whether in the workplace context or in a professional, affinity-oriented bar association context,” he explained.

After having 40-minute phone calls with each, Zargar said he deeply appreciated their time and advice, especially during what is undoubtedly an uncertain time for many law students. “I thought the advice was candid and it helped me focus on a few points in thinking about how to navigate the start of my legal career,” he added. 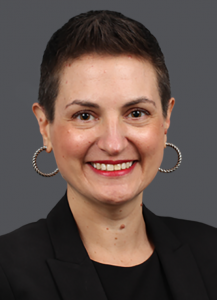 Jennifer Rosa ’04—an active Fordham Law Alumni Association board member and litigation partner in Mayer Brown’s New York office—has spoken with seven students since the program’s launch. “I love participating in anything that keeps me connected to the school, and particularly things like this where you’re really talking to a student one-on-one and forming a mentoring relationship with them,” she noted. “And I’ve told them all that I’m happy to continue talking to them because I don’t view this as a one-time thing where they ask their questions and that’s it. I would love to get to know them more and be able to help them as they progress through law school and their career.”

In addition to giving insight into her work in the areas of banking and financial services litigation, Rosa has also provided job-hunting advice to her mentees. This included how students could best use their time to refine their networking skills using LinkedIn and at the now-popular virtual networking events being hosted by bar associations and various legal organizations.

Gabriele Forbes-Bennett ’21 signed up for the program because she wanted advice from alumni who currently work in areas of practice that she is interested in, such as intellectual property and litigation. She also wanted to learn about how to get involved in areas where she has developed an interest, but lacks experience, such as compliance. So, Forbes-Bennett reached out to Fordham Law Alumni Association board member Michael K. Stanton Jr. ’86, who is a partner with Ferguson Cohen LLP, to have a better understanding about what it is like to work in a mid-sized firm. During their initial phone call and in follow-up emails, he was able to help connect Forbes-Bennett with alumni at other firms. “When speaking with the students, I like to listen and get a sense of what their goals are and what areas of law they would like to work in,” Stanton said. “From there, I can point them in the right direction to other people and firms I know, just as another way that I can try to help in any way that I can.”

Michael Goldberger ’87, the Chief of Civil Rights at the U.S. Attorney’s Office in the Eastern District of New York, decided to become a mentor because he wanted to give back and share his knowledge and experiences with students who will soon become alumni themselves. He also believes it is important for students to hear from working attorneys and to obtain as much practical advice from them as possible. “This is a great program and one I wish we had had when I was at Fordham Law,” Goldberger said. “I think a lot of people don’t always have the perspective of, say, having lawyers in their families who can help them understand the bigger picture of what it takes to get through law school. So hearing the experiences from somebody who’s been there, done that, and is working in the field that they’re interested in is always helpful.” 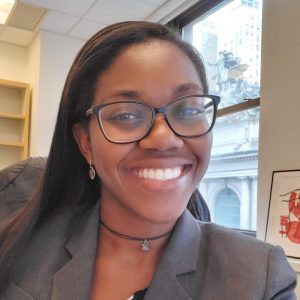 Forbes-Bennett highly recommends fellow classmates to sign up for the program, if they have not done so already. “I wouldn’t have had the opportunity to learn about these different practice areas and experiences had it not been for this program. Sometimes it’s difficult, as a student, to know who to reach out to because the pool is so large,” she explained. “This remote format narrows it down to people who are working in an area that you may be interested in, and proves that the alumni are willing to talk to you in return.”

In the same vein, Aziz said this mentoring experience has been “one of the best programs that CPC has created for graduating students.”

A number of alumni in the database, including those listed above, will continue to be available for mentoring and networking throughout the summer. “This is a nice way for mentors to have open dialogues and to start relationships in a really friendly way. I’m talking to more students now virtually than I would have if I had to set up in-person meetings,” Brennan said.

“I certainly think that this program creates good habits for students as far as staying in touch and following up with alumni—and vice versa,” Stanton added. “I think it’s a great idea to connect people in a different way during recent circumstances because students will need all the help they can get.”