After a brief foray into corporate law after graduating from Fordham Law School, Wylie Stecklow ’90 has dedicated his legal career to representing what he calls “the little guy.” In fact, he calls WylieLaw, the firm he founded in 1995, “the legal ‘David’ who slays the corporate ‘Goliath.’” 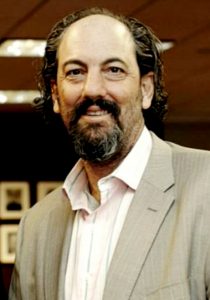 Over the past decade, Stecklow has been involved in an array of civil rights-related pro bono matters, including representing more than 200 protesters arrested during the Occupy Wall Street movement. In addition to his active legal practice, he teaches Fundamentals of Lawyering every spring in Fordham Law’s LL.M. program and has been invited to teach the course this fall as well. The course trains students in the human side of lawyering—including how to build the best cases and interact with clients and witnesses.

Now, as protests over racial justice and police brutality proliferate, Stecklow is leading a subcommittee for the Federal Bar Association Southern District of New York (FBA SDNY) chapter to push for policy changes. Its objective is to educate the public about proposed legislation that has been introduced to Congress—the Ending Qualified Immunity Act and the Justice in Policing Act of 2020—which would end qualified immunity for police officers.

“Qualified immunity was an issue that usually puts people to sleep. Most didn’t understand how it’s crucial to police accountability,” Stecklow said of the doctrine that shields government officials from being held personally liable for violating constitutional rights as long as the officials did not violate “clearly established” law. “Now, with the recent protests, people are starting to make the connection between qualified immunity and police abuses, and federal legislation is finally looking at these issues that civil rights lawyers have been advocating for a long time.”

The six lawyers who make up the subcommittee are working together to inform city bar associations and groups and pass consensus resolutions that support the two acts. The goal, Stecklow said, is to grow this outreach in an organic way so that there is more awareness of the issues and a surge of momentum for the bills to pass into law. Recently, Stecklow and the FBA SDNY subcommittee presented a resolution that was adopted by the Network of Bar Leaders.

In early June, Stecklow also joined the National Lawyers Guild (NLG) Floyd Affirmative Litigation Task Force, which he said was created as a resource for those whose rights were being violated by the New York Police Department (NYPD) during recent protests. “We’ve established an email (nyccivilrights@nlg.org) and are taking inquiries from people who are on the street and being impacted by police misconduct, and connecting them with experienced civil rights lawyers. These civil rights lawyers will also mentor younger lawyers who want to be part of this task force,” he explained. “Not only can we help protesters who are being harmed, but we can help train the young, future movement lawyers as well, who may want to learn more about civil rights litigation and protest lawyering and gain valuable experience in litigating these types of claims.”

Stecklow has also been active in working to end the practice by NYPD officers of covering their badge numbers with a black mourning band during protests. In mid-April, Police Commissioner Dermot Shea tweeted that officers were wearing mourning bands across their shields to honor the officers who died from COVID-19. “Working with a small group of NLG lawyers, we identified the NYPD Patrol Guide section that states that the mourning band cannot be worn to block the badge number,” Stecklow continued. “We submitted a letter [on June 3]to the NYPD Commissioner and Office of Investigation and City Law Department. We received a few responses and have seen far less covered badges in the ensuing weeks.” The group has also worked with some individuals who have now filed complaints about the badge covering with the Civilian Complaint Review Board.

In the Southern District of New York, Stecklow and a small group of civil rights lawyers are seeking to amend the local rules to change the protective orders automatically utilized in 1983 litigation to be consistent with the recent repeal of Section 50a of New York State’s Civil Rights Law. “We’re seeing so many amazing changes including those encompassed in legislation,” Stecklow said. “We want to make sure, as lawyers, that changes arising from the street to legislation are actually trickling into the courts, as well, where they can help people.”