Return to Fordham Law School
You are at:Home»Centers and Institutes»Racism, Black Lives Matter, and the Implications for Africa

On June 29, Fordham Law School’s Leitner Center for International Law and Justice and the University of Professional Studies, Accra (UPSA) invited Sheila Foster, professor of law and public policy at Georgetown Law School and the McCourt School of Public Policy, Bennett Capers, soon-to-be director of Fordham Law’s Center on Race, Law and Justice, Gay McDougall, distinguished scholar in residence at the Leitner Center and the Center on Race, Law and Justice, and the Honorable Justice Dr. Willy Mutunga, former chief justice and president of the Supreme Court of Kenya for a candid conversation entitled “Black Lives Matter: Racism in America and its Implications for Africa.” The panelists provided their views on the structural and systemic racism in the U.S. and how the protest movement here has resonated around the world. Kofi Abotsi, dean of the faculty of law at UPSA, moderated the online webinar, which was the third event in the Leitner Center’s series of webinars focused on issues related to the Black Lives Matter movement.

“Racism is Baked into the System”

The panelists unanimously agreed with Foster’s statement, “Racism is baked into the system, and anything that the system produces will therefore manifest racial disparities.” As an example, Foster highlighted how zoning ordinances can exclude Black people from buying homes and building wealth in certain communities.

“Housing discrimination started from racial covenants and redlining. If you look at maps of where Black communities were shut out by banks in the foreclosure crisis of 2008, those same neighborhoods lost homes in that crisis. And a lot of those same neighborhoods have been directly impacted by the coronavirus pandemic,” said Foster. “We have to understand the history of extraction in the dispossession of land and other wealth from Black communities. It happened in the rural black South, and it’s still happening in cities like Detroit where Black folks are losing their homes because the state and city are raising property taxes above the constitutional maximum.” 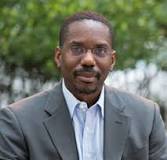 Capers also elaborated on how the lack of centralized policing in the U.S. plays a role in structural racism. “In this country, when we see the videos of any white person deeming a Black person suspicious, we have to keep in mind they aren’t acting alone,” he said. “They’re sort of acting in tandem with police departments when thinking about how Black people are based on how the police treat Black people—and vice versa. It’s all interconnected.”

A Worldwide Call to Action

The demonstrations here were resonating around the world. Solidarity marches took place in over 50 countries, including several African countries. McDougall mentioned that there has always been solidarity between African and African Americans, dating back to the early days of the struggles for independence from colonialism in Africa and for civil rights in the U.S. 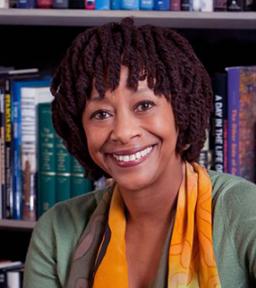 McDougall explained that the African Group at the U.N.—made up of a “power block” of 54 countries—called upon the U.N. Human Rights Council to organize an Urgent Debate on the current violations of human rights stemming from systemic racism, police brutality against persons of African descent and violence against peaceful demonstrations in the U.S. and other countries. That debate took place on June 17 and it was unprecedented in its focus on violations in the U.S.

“The Africa Group was willing to push that resolution through in spite of a great deal of opposition” McDougall said. “It couldn’t have been done without them. There’s still that willingness to fight the good fight on behalf of Black Americans.”

At the same time, she continued, academic leaders and civil society in Africa have used the movement to call out their own governments for sanctioning excessive use of force and for failing to hold police accountable for killing civilians. They lament, she said, that African dictators will feel emboldened by the actions of President Trump. “Also to the extent that African leaders see the crisis of race relations in the U.S. as a by-product of entrenched poverty disproportionately suffered by people of one identity or ethnic group—that is like looking in a mirror at similar problems that have plagued many African countries,” McDougall said.

Justice Mutunga, who brought international and judicial perspectives to the conversation, noted that subsequent demonstrations have taken place in the streets of Europe, Asia, the United Kingdom, and Africa—“although in Africa, it was muted,” he pointed out. “Africans watch the English Premier League, and players are wearing jerseys that popularize the Black Lives Matter movement. Before kickoff, the players are kneeling and they glorify NFL quarterback Colin Kaepernick,” Judge Mutunga said. “There is solidarity.” 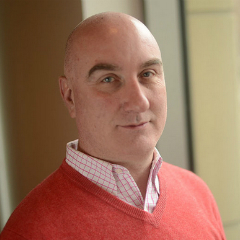 At the close of the conversation, Clinical Professor of Law and Director of the Sustainable Development Legal Initiative Paolo Galizzi—who organized the event—expressed hope as the movement continues to gain momentum. “Systemic racism has had a huge human cost that we all need to tackle at every level,” he said. “I’m inspired by the Black Lives Matters movement and the changes that are happening. I hope these kinds of conversations will continue and that the actions will continue. There’s a lot of work to be done, but I think we all can do it together.”