As students descended on campus or logged on remotely for the first day of classes on August 26, the Fordham Law community was joined by its incoming class of 416 first-year J.D. students.

Nearly 5,400 applicants from throughout the U.S. and around the globe competed for the 416 slots in the J.D. program. Women make up nearly 55 percent of the new class, and 34 percent of incoming students self-identify as a minority—including 37 Black students, 45 Latinx students, 41 Asian students, and 17 students who identify as multiracial. The class also includes 23 international students from 6 countries.

“Our students continue to bring fresh perspectives and unique passions to our law school, and we are excited they have joined the Fordham family during these unprecedented times,” said Dean Matthew Diller. “We are confident that they will do amazing things as Fordham Law students and as future lawyers. Our faculty and staff are here for them, every step of the way, to help them succeed.” 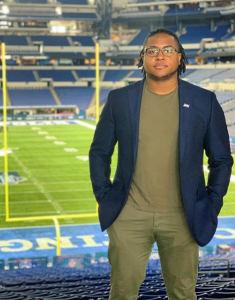 Paige currently works at the National Football League (NFL) as senior coordinator of labor relations in the NFL management council. A subdivision of the NFL’s legal department, the council deals specifically with collective bargaining and labor agreements, player contracts, and salary caps.

“Very recently, my group worked tirelessly to get a new labor deal done with the players’ union to try to have an NFL football season this season in the midst of the pandemic,” Paige said. “That’s what has been in the background as I’m beginning law school, which has been pretty hectic. But, I’ve enjoyed the balance.”

Paige not only chose Fordham Law because an education here would allow him to continue working at the NFL, but also because the professors teach topics that he’s most interested in, like labor law and antitrust law that are applicable in the sports business and general sports industries.

“I’ve been around lawyers since I was young and, because of that, I felt like what I could learn and do down the road as a practicing lawyer would allow me to impact the lives that I want to serve—within the justice system generally and in the areas of sports and sports business more specifically,” Paige said. “My ultimate goal is to become someone who can play a huge role in labor deals for the NFL going forward, and a huge part of that is understanding the law and how to use the law.” 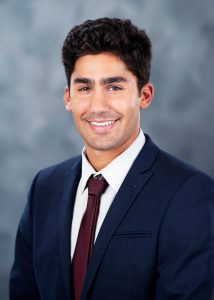 Borazjani first became interested in law three years ago through his older brother’s work on a senior design project in college. When his research group developed a medical device designed to aid in the scanning of the pelvic floor, they underwent the process of securing intellectual property for the device.

“As he explained the process to me, I thought that the lawyer’s job was really cool because I’m really interested in anything technology-related and engineering-related. That’s just who I am,” Borazjani said.

“I imagine having an opportunity to work in that field in a broader, legal way that could help achieve incentivizing innovation. Through my brother’s work, I saw it as an off-the-cuff avenue that could be an exciting way to start a living and one that I would enjoy.” 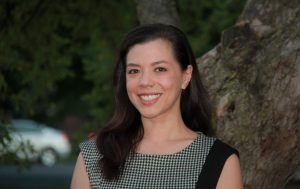 Smith wants to pursue a career in the legal field because law represents more than a job to her—it’s a vocation. The previous stages of her career all reflected something she loves: logic in software development, research in linguistics, service in teaching, and language in editing. However, Smith didn’t know how to put them all together. When a friend in law school invited her to sit in on a class, she fell in love with the legal field.

“Here was a way to combine all my interests and skills and experience in a career with real impact and meaningful consequences, where I could not only engage in endless learning and development but also serve others,” Smith said. “I registered for the LSAT immediately, and I haven’t looked back.” 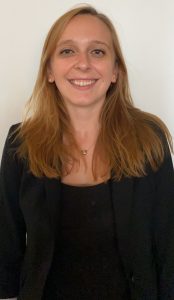 Before coming to Fordham Law, Johl previously worked as a paralegal for Seward and Kissel and served as the communications director for Assemblywoman Sandy Galef. She said she often came in contact with a lot of Fordham Law alumni during her career, noting that everyone she spoke to said they really loved the school. This, Johl said, played a major role in her decision to apply and commit to Fordham Law.

Johl believes being a lawyer is one of the more important professions an individual can pursue.

“I think the idea of finding justice and giving people the access to the justice they deserve is so fundamental in our society,” she said. “It’s one of the most important roles that you can do to help people, and I definitely see myself as someone who will devote my career to helping people.” 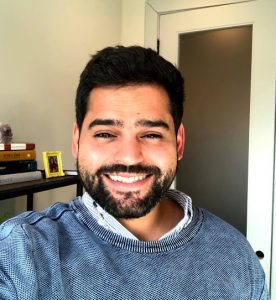 Ramos recently served as Political Director to Rep. Nydia Velázquez, who represents New York’s 7th congressional district and chairs the House Small Business Committee. Of working with Velázquez, the first Puerto Rican woman elected to Congress, he said it was a “privilege to support and learn under one of the strongest advocates for New York City, Puerto Rico, and the country.”

Ramos was motivated to apply to law school after Hurricane Maria hit Puerto Rico in 2017. “As I saw my family and friends on the island suffer through the worst natural disaster to ever hit the island, I realized I needed to be a changemaker,” he said. “I enter the legal field committed to making an impact using the legal tools at my disposal. I hope to be an effective advocate for my community and other vulnerable communities around the world.“

The biggest reason why Ramos chose Fordham Law was because of the friendliness and kindness of the student body and faculty.

“I was connected with Fordham’s Community Economic Development Clinic earlier this summer through my local COVID-19 response work in Bushwick, Brooklyn,” he said. “The team’s commitment to advocating for local organizations and their professionalism led me to realize that Fordham Law was the right place for me.”