The height of the coronavirus outbreak this spring thrust many New York City residents who had already been job- or food-insecure into an urgent predicament: While state-run organizations struggled to meet the sudden influx of demands for benefits, they were unable to respond quickly enough to address to provide necessary and timely services.

With so many of the most vulnerable people cut off from essential resources, communities throughout the city sprang into action, creating mutual aid groups designed to provide members of their community with groceries, masks and other PPE, medicine, and even emotional support. 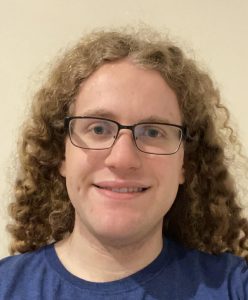 “These groups exist because of the state’s failure to provide for at-risk New Yorkers,” summarized Aaron Gladstone ’21, a third-year student working with different mutual aid groups through the Community Economic Development Clinic (CEDC).

Out of necessity, these organizations got to work quickly to provide for community needs, often without much time to consider how the groups would structure themselves. In mid-May, various groups began to contact Professor Brian Glick, director of the CEDC, for advice on everything from how to open a bank account to how to incorporate as a nonprofit organization.

“These groups are generally volunteer-run and -led. They have a startup feel, because they all came into existence as a response to Covid, so none of them are really more than about six months old,” explained Charlie Metzger ’21, who works with Gladstone through the clinic. “And they tend to be run by young working professionals, who by and large are not lawyers.”

Metzger and Gladstone work with eight different mutual aid groups in different boroughs to meet a myriad of needs.The help they offer usually falls into one of three categories. “The first is: how do we help mutual aid groups structure themselves, formally or informally, to use their resources effectively and also protect their volunteers,” explained Metzger. “The second is day-to-day operations—most of the groups provide food each week, so where are they getting it, how are they storing it… The third is legal maintenance advice, like setting up a bank account or signing a contract with a new vendor.” 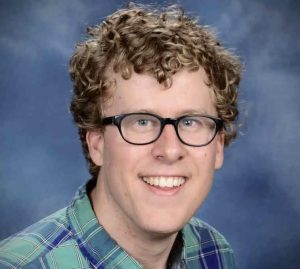 Much of the logistical work Gladstone and Metzger do with the groups mirrors other clinic work. However, both students stressed one key difference between mutual aid groups and established nonprofits is that group organizers, who are generally young and often explicitly anti-capitalist, are somewhat suspicious of the traditional hierarchical organization structures.

“It’s not just about helping a needy person get cooking,” said Gladstone. “It’s about empowering people to live in their communities—if your community is being gentrified, dispossessed, under-serviced, and over-policed—these groups have been another way to build power to fight back against the larger forces that have been exacerbated by COVID-19.”

The different groups’ long-term goals also run the gamut, which in turn shapes their relationships with the clinic. Some plan to maintain operations only as long as there is urgent need, but others want to make their organization more formal. “We have some groups that say, ‘We want to stick around for forever,’” said Gladstone. “‘We want to incorporate with the state of New York, and then get 50(c)(3) tax exempt status from the IRS.’ And we’re happy to do that with them because that’s what we did in the first couple of months in the clinic.”

The mutual aid groups are entirely dependent on community volunteers and donations to maintain day-to-day operations. One such group that works with the clinic, Bushwick Ayuda Mutua (BAM), provides groceries, other supplies, and support to the local community. Ultimately, whether the groups dissolve after the worst of the crisis has passed or if they become more established as formal nonprofit organizations, the mutual aid networks have created a strong sense of community bonding and autonomy.

“This is really an example, to us, of grassroots democracy, solidarity, and civic participation,” said Metzger. “Neighbors taking care of one another.”