Return to Fordham Law School
You are at:Home»Law School News»Fordham Law Students Give Back on Martin Luther King Jr. Day

On January 18 and 19, 2021, Fordham Law students participated along with more than 3,500 other volunteers in the 20th Annual MLK Serve-a-Thon sponsored by policy and advocacy organization Hunger Free America.

Volunteers chose from over 20 remote discussions on hunger issues and then volunteered on a phone bank calling homes with household incomes under $30,000 a year to inform them they may be eligible for food assistance programs.

“We blew through our list of 50,000 phone numbers,” said Joel Berg, CEO of Hunger Free America.

According to Kamille Dean, Fordham Law’s director of diversity, equity, and inclusion, participation in the Serve-a-Thon was a “perfect fit for law students” because it dealt with important public policy issues such as poverty, justice, and why certain communities are underserved.

“Some of the same issues that Dr. King was fighting for in the 1950s and 60s we are still grappling with today,” she noted.

Challenges of Volunteering in the Pandemic

Since she came to Fordham in 2020, Dean has considered how students can be involved in the surrounding community despite the hurdles of social distancing. “We were determined to celebrate Dr. King’s legacy with a meaningful community service project that addressed food insecurity during the pandemic.  At Fordham Law, we remain committed to serving our communities, even though we’re all remote,” said Dean.

Berg noted that this year’s Serve-a-Thon was entirely virtual due to the pandemic, unlike past events, “because the people we represent are more likely to have compromised immune systems.”

Discussion speakers were from organizations from across the country and spoke on topics including Food Justice is Mental Health Justice and Food Justice is Human Rights. “It’s a national problem needing a national solution,” Berg noted.

Berg encouraged law students to be involved with Hunger Free America beyond the Serve-a-Thon, noting that they would be “perfect” to help individuals understand food benefit programs. “Applying for SNAP [Supplemental Nutrition Assistance Program] is more difficult than paying your taxes.”

First-year law student Katie Chaffer and her 16-year old daughter Madeline participated in the Serve-a-Thon. Chaffer chose a discussion about WIC (Special Supplemental Nutrition Program for Women, Infants, and Children), while her daughter participated in a discussion geared toward teens. “I was a young mom and I always thought of how upsetting and difficult it would be to not be able to feed your family,” she said. 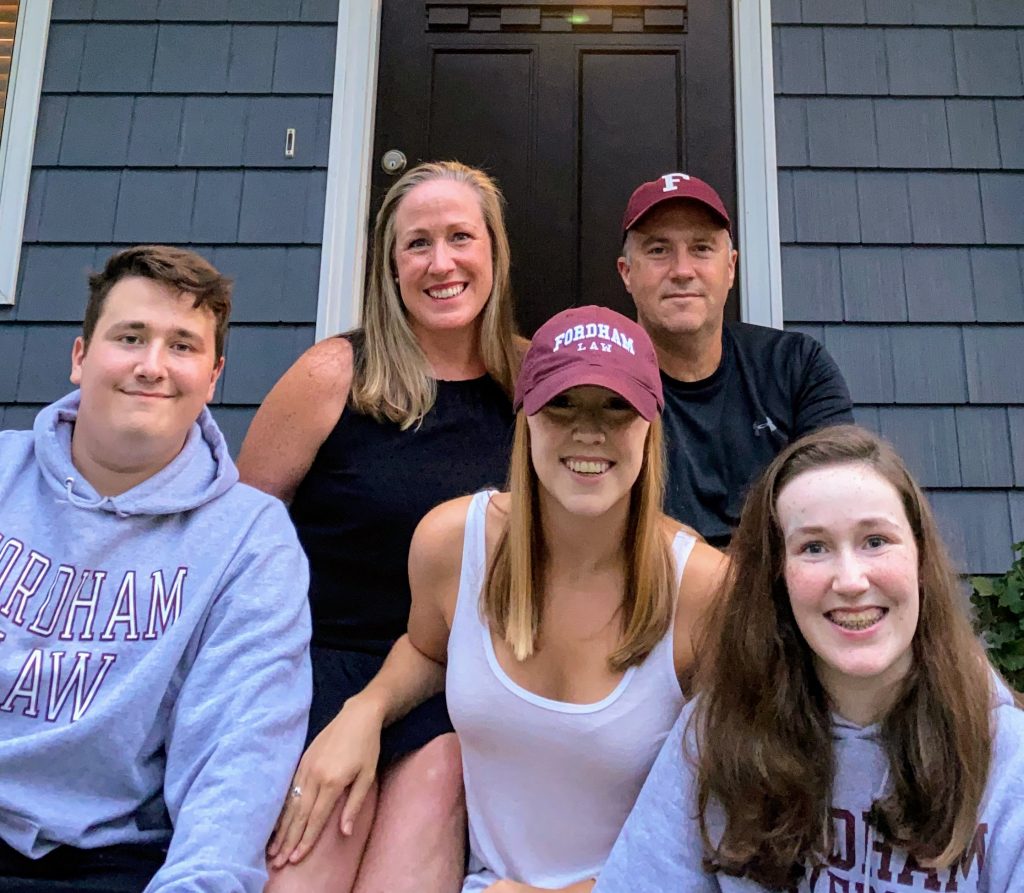 While many of the individuals Chaffer and other participants reached through the phone bank were suspicious of receiving a cold call, “if you get through to two people and they get a meal tonight, it was worth your time.”

During the keynote, Fordham Law alumna Jennifer Jones Austin, ‘93, of the Federation of Protestant Welfare Agencies, said many today are “co-opting the legacy of Dr. King’s message. He was about structural change; he was about speaking truth to power.” She said she believed Dr. King would applaud the fact that many see Martin Luther King Jr. Day as a day of service, but noted that he also was “about agitating for progressive structural change.”

During a discussion on mental health and hunger issues, Rachel Johnson of New York-based Xavier Mission, discussed her organization’s Life Skills Empowerment Program for homeless and formerly homeless individuals. A major component of the program is helping clients tell their stories.

“Writing that story and sharing that story allows people to reframe that story,” said Johnson, who had worked in the Fordham Law Career Planning Center while earning her Masters in Social Work from the Fordham Graduate School of Social Service (GSS).

Fordham’s Involvement in the Community

According to Dean, Fordham Law’s participation in the Serve-a-Thon was a good way for the Law School to develop its footprint in community efforts. Other upcoming initiatives include partnerships among the law school, GSS, and Gabelli School of Business featuring an upcoming fireside chat  with Anne Williams-Isom, FCLC ‘86, CEO of anti-poverty nonprofit Harlem Children’s Zone and GSS James R. Dumpson Chair in Child Welfare Studies.

“I really believe in a law school without walls, to provide access and opportunity for the Fordham Law community to serve the underserved” said Dean.

Chaffer, who also earned her undergrad degree from Fordham in 1995, said the Serve-a-Thon was in line with the sense of community and service at Fordham. When she began considering a return to school after 25 years as a journalist, the strong service component at Fordham “made it the school I wanted to return to.”