One hundred seventy-five new graduate students in Fordham Law School’s LL.M. and M.S.L. programs have hit the books and are beginning to sharpen their critical thinking skills since joining the Fordham Law student body last month.

These graduate students come from more than 40 countries and bring significant professional experience in their respective areas of expertise, which will complement their studies at Fordham Law.

“We welcomed an outstanding cohort of LL.M. and M.S.L. students this semester,” said Assistant Dean Toni-Jaeger-Fine, who leads the Law School’s graduate programs. “These students who are profiled are emblematic of the diversity, talent, and experience of our incoming class.”

We spoke with six graduate students, who are enrolled in the online and in-person LL.M. and M.S.L. programs, about their passions for the law and what they’re most looking forward to at Fordham Law. 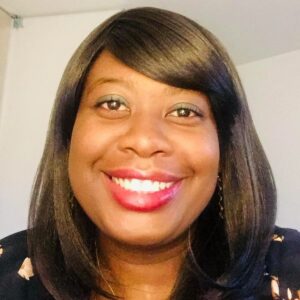 Growing up in Saint-Martin, Brunache’s favorite show was “Judge Judy,” and she dreamed of one day being a lawyer. When she finally began law school, it quickly became clear that the law was a natural fit for her. “I like analyzing, I like reading, I like defending, I like meeting new people. And I realized that the law really corresponds to my personality,” she says.

Brunache began her legal career working in corporate law and business law. From there she worked at Orange company, an international telecommunication company, before landing her most recent role at Volkswagen, where she worked in data protection and compliance. In the course of her work, she often found herself dealing with American companies. “I realized I needed to understand the American legal system in order to be more proficient in what I’m doing,” she says.

Brunache believes the LL.M. program at Fordham provides her with the opportunity to expand her knowledge of international law and gain experience with the American legal system. “I felt like I was missing an international background and nowadays that’s very important. So that’s why I came to Fordham,” she says.

Brunache was recently enrolled in a course focusing on commercial drafting, as well as a class that provided an introduction to the U.S. legal system. “I really adore this course, it’s amazing, and I’ve learned so much,” she says.

After earning her LL.M., Brunache hopes to pursue work in the United States and expand her knowledge even further. 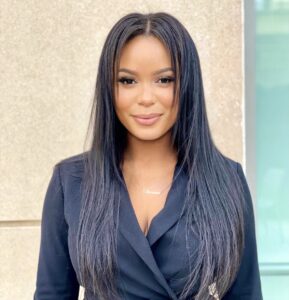 Growing up in Washington, D.C., Midgette felt that it was only inevitable she would spend a portion of her career in government. Not only does her family have a history of military and government service, but there was always something special about having the President, Congress, and Supreme Court in her backyard.

Midgette has worked at U.S. Customs and Border Protection since 2010, specializing in international trade, textiles, intellectual property and e-commerce, and border security. While learning about the intricacies of the global supply chain, she wondered if she could marry her love of fashion with her background in trade policy and enforcement.

Her mother—who had a fondness for reading makeup artistry books by Kevin Aucoin and Vogue magazine—encouraged Midgette’s interest in fashion. “I always kind of had this left brain, right brain pull. So I struggled with that for a while. It is difficult being a woman of color that loves an industry that doesn’t love you back,” she says.

“I started Googling programs that were aligned with my interests, and Fordham just seemed to be a perfect fit. I couldn’t believe I found a program that truly spoke to who I was and who I wanted to become,”  Midgette adds. “Real change begins and ends with law.”

Midgette attended symposiums at The Fashion Law Institute, where she heard speakers present on issues like intellectual property and counterfeiting, before finally taking the plunge and applying to the M.S.L. program. “There was no other program like what Fordham had; it’s very unique. Fashion law was born at Fordham, so why not get it from the source?” she says.

In the future, Midgette is interested in combining all that she will learn from Fordham Law and her government service to assist private industry in supply chain policy and procedures, intellectual property, and encourage companies to become more environmentally-conscious and inclusive. 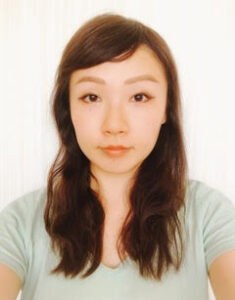 Education: B.A. in Policy Management with a focus in International Relations and Peace Studies, Keio University ’07

Murata has worked at MUFG Ltd.—Japan’s largest corporate bank—for the past 13 years and serves as an economic sanctions compliance officer. Murata’s role is extremely critical as she and her team collaborate to create bank policies and procedures involving global economic sanctions.

“Working as a sanctions compliance officer is about following all the diplomatic political activities and negotiations in the world, but from a corporate standpoint,” Murata explains. “I have always been interested in international relations and diplomacy, but I didn’t see myself becoming a diplomat.”

“This [type of job]is the perfect balance for me,” she adds.

Murata said she wanted to pursue a degree that specialized in corporate compliance at Fordham Law for a myriad of reasons, including the program’s uniqueness, the Law School’s famous alumni network, and its “top notch” professors. “Especially for my field, compliance of various regulations for financial institutions are the most complex and advanced in New York,” she says. “This is where the expertise is, and Fordham has the network to those professionals.”

As much as she is excited to be soaking in as much information as she can from her classes, Murata believes meeting new people is just as important. “In five years, I may not remember each case law I studied,” she says, “but I will remember the professors and the friends I met at Fordham Law, who I hope to keep in touch with after I graduate.” 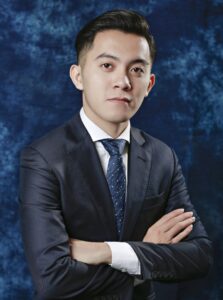 “Intellectual property is all around us, from the smartphones we use to communicate to the consumer goods brands we rely on every day,” says Nguyen, explaining why he is so passionate about IP. “Protecting IP—an incentive for innovations—literally improves our daily lives.”

Nguyen’s decision to pursue a Master of Laws degree at Fordham Law demonstrates his unwavering determination through his rise from an underprivileged pupil from a mountainous area of Vietnam to a graduate student pursuing his dreams in one of the world’s most dynamic cities—New York.

As one of Fordham Law’s seven Fulbright scholars this year, Nguyen will focus on IP and information technology law, with the ultimate goal of delving into the U.S. common law system and its IP regulations to solve current loopholes in Vietnam’s IP framework and enforcement mechanism. Furthermore, he wishes to develop a network of alumni at Fordham Law and practitioners across New York City to share cross-jurisdictional experiences and insights.

“Apart from wanting to expand my knowledge and learning from experts like Professor Hugh Hansen—one of the most influential people in the IP world—I think it’s really important for me to engage in more activities at the Law School,” Nguyen says, explaining that he is also interested in participating in Fordham Law-led pro-bono projects and public service activities with the New York City Bar Association, where he is a member.

Nguyen can be found working as a staff member on Fordham Law’s Intellectual Property, Media, and Entertainment Law Journal when he is not analyzing his case law assignments. 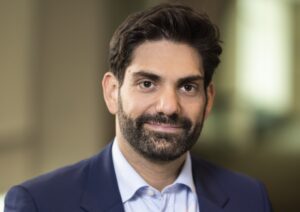 Planchenstainer has literally had a “thirst for knowledge,” especially when it comes to food law.

Following his legal education in Trento, Planchenstainer completed his doctoral dissertation in comparative food law discussing how the U.S. and the European Union handle food safety crises of massive proportions. He has since written papers that have examined water regulations, food donations, and the labelling of nanomaterials under EU law. He has also been invited as a guest speaker at food law conferences thanks to his extensive knowledge of food science, human nutrition, and international trade rules. “I’ve been moving around nonstop like a ping pong ball,” Planchenstainer says with a laugh.

After earning his law degree in Italy, Planchenstainer interned for both DG SANCO in Brussels (the European Union equivalent of the Food and Drug Administration in the United States) and Mead Johnson Nutrition in Indiana, where he was a senior regulatory and food law specialist. In 2016, Planchenstainer was hired as regulatory counsel by the Ferrero Group (the maker of Nutella and Kinder Bueno) and asked to join its headquarters in Luxembourg. There, he supported the creation of a regulatory team within the legal department, focusing on the compliance of innovative ingredients and technologies to reduce sugar in confectionery products.

Planchenstainer recently moved back to the United States after working in-house in Luxembourg for the past three years. He is currently enrolled in the part-time LL.M. program that focuses on U.S. law and continues to serve as regulatory affairs director for Ferrero’s U.S. market.

“Curiosity is one of my greatest assets and has helped me to get out of my comfort zone and to challenge myself,” Planchenstainer says. “If there is a place where curiosity can be nurtured, it’s academia and at this Law School.”

“One of the things that struck me at Fordham Law is the very strong sense of community, which I’ve felt since the first day,” he added. “Finally finding that community—especially over the last two years of the pandemic when we’ve been distancing ourselves and lacking that people component—has, I think, been absolutely rewarding.” 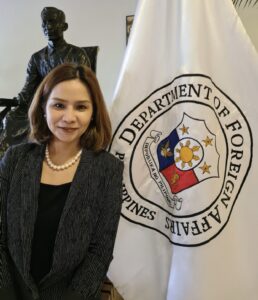 After completing her law degree, Sarabia worked in national government agencies in the Philippines. First in the Department of Public Works and Highways, where she worked in international procurement contracts for big-ticket infrastructure projects, then moving to the Department of Foreign Affairs, where she currently works as a legal officer to the department’s Office of Treaties and Legal Affairs – Political Treaties Division.

She’s coming to Fordham Law, she says, to expand her knowledge of international law in a new environment. “New York is known for being where the best and the brightest lawyers work and compete,” Sarabia says. “And, of course, Fordham Law offers international law and justice, which I think is perfect for what I was looking for. So it was a no-brainer for me when I got my acceptance letter.”

Sarabia is especially interested in learning more about national security and is looking forward to learning from experts in the field like Professor Karen Greenberg. “I really want to understand the approach of U.S. lawyers in terms of national security and international law, especially in how they think and adapt to problems and their perspectives on particular legal issues,” she says.