Return to Fordham Law School
You are at:Home»Alumni»“I will always try to honor the confidence you expressed in me”: Dean Emeritus John D. Feerick ’61 Accepts Lifetime Achievement Award from New York Bar Foundation

After learning he would receive the New York Bar Foundation’s Lifetime Achievement Award, Dean Emeritus and Norris Professor of Law John D. Feerick ’61 admitted to being overcome by emotion.

“It humbled me to be chosen by the Foundation, a premier part of the legal profession’s mission and commitment to access to justice in New York, and to have my name placed on the list of previous recipients,” he said. “Seeing the names of prior recipients and thinking of other lawyers with whom I had served in the work of the Bar over the past 60 years brought tears to my eyes.”

The award, given to Dean Feerick during the Foundation’s virtual 47th Annual Assembly and Dinner of the Fellows on January 27, recognizes extraordinary fellows for their exemplary service to the public good and the legal profession.

“John’s life work mirrors the mission of the Foundation of advancing service to the public, improving the administration of justice, and promoting high standards of professional ethics,” said Carla M. Palumbo, president of the Foundation, during the presentation. “[He is] an example of service to the community and the profession, and someone who upholds the core values of the Fellows.”

Dean Feerick, a Charles Evan Hughes Circle Life Member of the Bar Foundation, helped draft the Twenty-Fifth Amendment of the U.S. Constitution, passed in 1967, which sets out the succession process for the presidency. After serving as partner at Skadden Arps, Feerick became dean of Fordham Law, a position he held from 1982 to 2002. He helped shape the Law School’s ethics and dispute resolution curriculum as well as its public service and clinical programs—including the Feerick Center for Social Justice, which was established in 2006. Dean Feerick, 85, actively serves as the Center’s senior counsel and still teaches full time.

Nominated by the Foundation Fellows Chairs of the First Judicial District Sylvia Chin ’77 and Raymond Dowd ’91, Dean Feerick’s nomination read, “During his lifetime, John has been a North Star for all professionals whose lives he has touched, whether or not they were aware of his enormous achievements. I dare say that he has touched the lives of all Fellows and the communities they serve in ways, big and small, that they may not even realize.”

Dean Feerick said he was surprised to have been nominated and thanked his family and dozens of lawyers, colleagues, and mentors for their help, guidance, and support throughout his career. “I will always try to honor the confidence you expressed in me by this recognition coming at this late stage of my life,” he said.

Following the dinner, Dean Feerick discussed how he was urged to join a bar association and become an active committee member by his colleagues at Skadden. “This encouragement led me to join the City Bar Association, the New York State Bar Association, and the American Bar Association,” he said. “I never would have imagined when I stepped out the door from a small local New York law school in 1961—then located at 302 Broadway—that I would have opportunities like these.”

He added, “My life would not have had a path forward if I didn’t become involved in the work of the organized bar.” 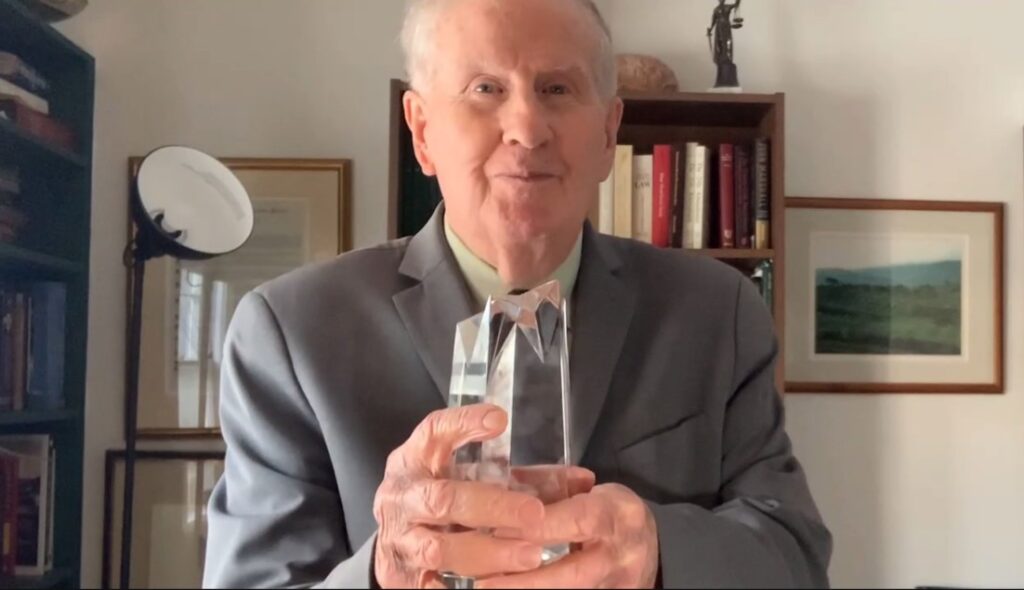