John D. Feerick ’61, Dean Emeritus and Norris Professor of Law, was honored alongside several other prominent Bronxites at the Heroes of District 34 Award Ceremony on December 19 for their contributions to and “immeasurable impact” on their communities in New York State Senate District 34 and the Bronx. A native of the Bronx, Feerick has remained committed to helping those in need of help across the borough through his work at the Feerick Center for Social Justice. 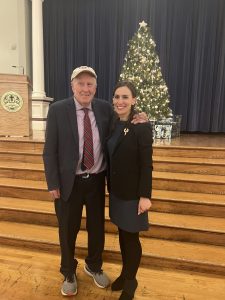 Feerick was presented with the New York State Senate Commendation Award by his former student, State Senator Alessandra Biaggi ’12, who sponsored the event and will be stepping down from her position later this month. During the ceremony, Biaggi spoke about the impact Feerick had on her career.

“I’m incredibly honored to have connected and worked with all of [the]awardees, all of whom are committed to empowering our district and bettering our great state of New York,” said Biaggi. “It is because of their dedication and love for our borough and our state that we continue to build a better, stronger, and more resilient Bronx and Westchester.”

The following are remarks given by Dean Feerick at the ceremony:

Good evening, everyone. I couldn’t be more pleased than to be at this event, celebrating some incredible individuals and their contributions to District 34 and to the Bronx.

I am certain that, like me, my fellow commendation honorees feel privileged to be a part of and serve the people of the Bronx—a place that is as diverse as can be in every way, that is brimming with love for family, that shows great affection and care for neighbors, and that prides itself on an indelible sense of community.

As many of you may know, I was born in the Bronx and grew up there. I am the child of Irish immigrants and spent 33 of my 86 years in the Bronx. I went to school here, went to Yankee games, played basketball, had part-time jobs, spent time with my extended family, watched my siblings grow up, met my wife and started my own family … and on and on. It has a special place in my heart and life.

At the same time, we cannot avoid the harsh realities facing so much of our community. A headline describing a NYC Comptroller report on the impact of the pandemic on the Bronx last year read, “The Bronx Was Hit Hardest Economically By COVID Pandemic.” The numbers behind that conclusion tell a difficult and painful story. The Bronx experienced the highest unemployment rates, inadequate resources for small businesses—which are the lifeblood of commercial activity here—and the highest death rates from COVID-19. As is well known, the effect of these last few years will be felt for years if not generations to come.

The question we ask ourselves now is: What are we going to do—what can we do—to help change this trajectory? My own thoughts go to the importance of community and the call to civic service. We live in a time when the space between economic wealth and economic poverty is becoming a gulf. The same can be said about political polarization in areas of American society, which is feeding isolation and a sense of hopelessness. As I say in a letter to my grandchildren in my memoir, self-interest runs very strong in the world; it always has, from my readings of history, and always will, based on my experiences over the past fifty-plus years. To be self-interested is part of our nature. But it is not the only driving force. We can do something about checking that habit because we have free will, intelligence, and a conscience.

And so, I believe that we can and must foster our free will, intelligence, and conscience to commit ourselves to civic service; to keep front of mind our neighbors and communities who are not given access to basic necessities, who don’t have available resources to secure food, health care, a safe place to live, a quality education for children, or legal assistance. I came to understand the meaning of civic service right here in the Bronx from my own family and my own community. I learned that civic service is not an act of giving; civic service is an act of inclusion. Civic service is doing for others, it is doing for your community because you see yourself as a part of civil society and understand that you must be an active member of it. And for me, a civil society is one in which we all agree that we are responsible for—and truly invested in—each other’s well-being. 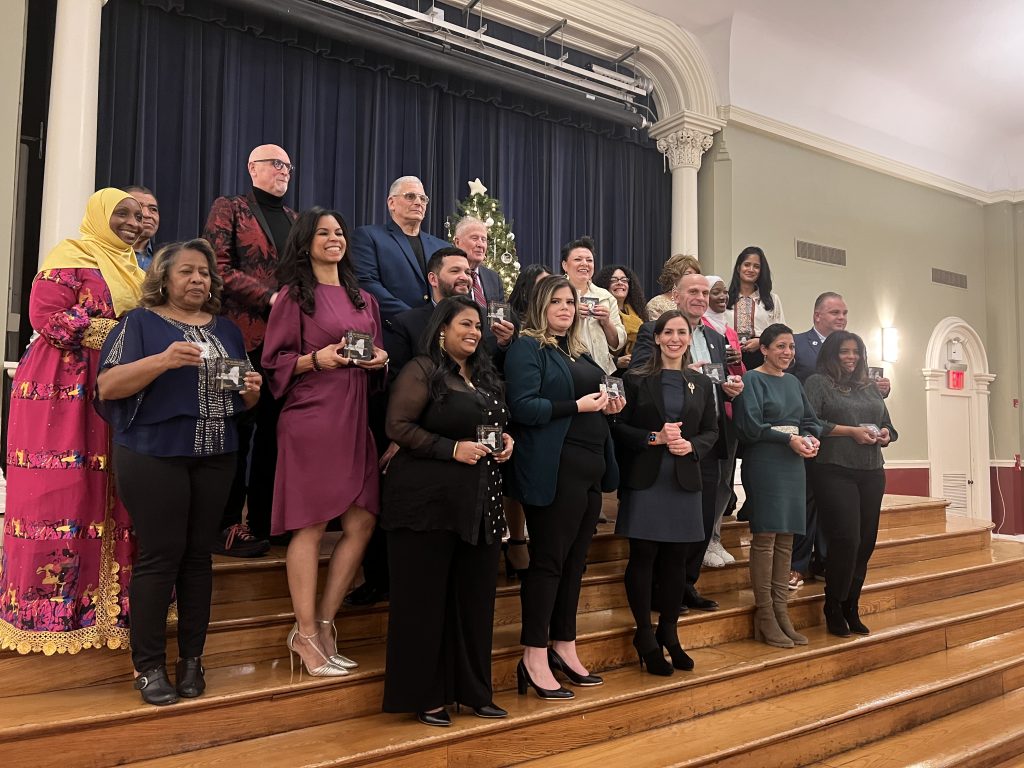