While policies that promote bicycle usage in urban environments are becoming more common, they remain a divisive issue among urban planners and city managers. Support for such policies is evidenced by the creation of bike lanes to the usage of bike-share programs like Citi Bike, while the governmental support or ambivalence to these programs is also the subject of both discussion and litigation.

On one side, proponents tote the environmental and safety benefits of bike lanes and increased bicycle usage. Increased bicycle usage means less cars on the road and less of a burden on aging public transportation systems. As some studies have shown, bike lanes reduce car accidents. On the other side, opponents decry the loss of space for cars and increased traffic congestion. These groups note that bike lanes, especially protected bike lanes, remove parking spaces for residents, and spaces for delivery trucks. They also argue that bicycle programs are an unnecessary expense for cash-strapped cities.

This is why it’s no wonder then that lawsuits have been filed against cities to recover for injuries allegedly caused by bike lanes or bike-share programs, to enforce bike regulations, or to enjoin against the continued existence of bike lanes. This article is a brief overview of some current bike lane litigation. 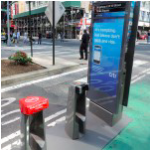 ort claims are common law suits that cities must face when they install bike lanes. Cities take on the duty to maintain bike lanes when they install them, so cities must face law suits from those injured by badly maintained or poorly designed bike lanes. From potholes to bad speed bumps, to badly designed intersections, New York has ended up paying large amounts of money to injured riders. Other cities face similar lawsuits that allege mismanagement or poor design.

Citi Bike, the relatively recent New York City bike share program, has started adding to that load. There are tort claims brought by riders who have been injured riding unkept bikes. Pedestrians have also brought claims against Citi Bike and the city for injuries resulting from tripping or falling on the new bike stations. Bikers have also brought claims for accidents involving the large bike stations. Ronald Corwin, a man injured who crashed into a cement barrier near a station while on a Citi Bike, is suing the city for $60 million in damages. While the allegation that the City was negligent in not painting a cement barrier is common, the more interesting aspect of the lawsuit deals with helmets. Mr. Corwin’s complaint also alleges that the City was negligent because they did not make helmets a mandatory requirement for riders and did not include helmet rentals as part of the service. 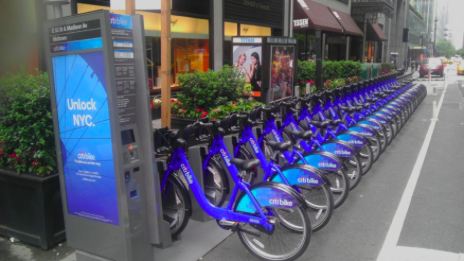 Other lawsuits that the City has faced because of bike lanes have already been resolved. The Plaza Hotel filed a nuisance suit, alleging that the Citi Bike across the street from the hotel’s entrance was an eyesore and caused unnecessary congestion. A judge dismissed the lawsuit because proper protocol had been followed when locating the Citi Bike kiosk.  Bd. of Managers of Plaza Condo. v. New York City Dep’t of Transp., 43 Misc. 3d 1219(A), 992 N.Y.S.2d 157 (Sup. Ct. 2014).  This is similar to other law suits that allege similar violations of improper environmental review in regards to placement of Citi Bike kiosks. The lack of success of these two cases would indicate that the courts generally will not entertain these claims unless the plaintiff can show a definitive breach of process.  20 City L. 87.

The above Citi Bike lawsuits are part of a larger NIMBY-ist attempts to prevent bike lanes and policies from being enacted. Chicago has had to deal with NIMBY-ist neighbors’ lawsuit that argued that a bike kiosk carried reduced property values. This is not confined to Citi Bike or bike-share programs, but is a common trend in bicycle litigation in general.  The most common example of these types of lawsuits are challenges to bike lanes such as in Los Angeles, Seattle, and New York. Overall though, these lawsuits are seemingly not very successful, as courts generally seem to favor city governments, unless there has been malfeasance of some sort.

Then there are lawsuits from private citizens who are attempting to enforce bike lane regulations through private tort claims against private companies. These are new, which is what makes them interesting. America has always embraced the ethos of the Private Attorney General. These types of small lawsuits in small claims court may be a new way for bicyclists to enforce bike lane regulations that cities may not have the resources to handle.

For general reading about City Bicycle infrastructure: Ryan Seher, I Want to Ride My Bicycle: Why and How Cities Plan for Bicycle Infrastructure, 59 Buff. L. Rev. 585, 585-86 (2011)