In 2009, New York State banned the longstanding practice of shackling of pregnant incarcerated women during childbirth, but a 2015 report by the Correctional Association (CA), a non-profit with authority to enter and inspect the state’s correctional facilities, reveals that New York State and county institutions routinely break this law. The vast majority of women interviewed reported being shackled at varying stages of pregnancy, some through labor and delivery.

At the close of 2015, Governor Cuomo signed an updated version of the law, which seeks to ramp up enforcement and reporting requirements to prevent continued disregard for the law in both New York State and county institutions. The new version expands the protections from labor, delivery, and recovery to the duration of pregnancy and two months post partum, and bars corrections officers from the delivery room. The law permits the use of front cuffs during pregnancy provided a predetermination that a woman poses extraordinary danger to herself or medical personnel. Within five days following the use of the restraints, correction staff is required to put the decision in writing and include it in an annual report for the governor. 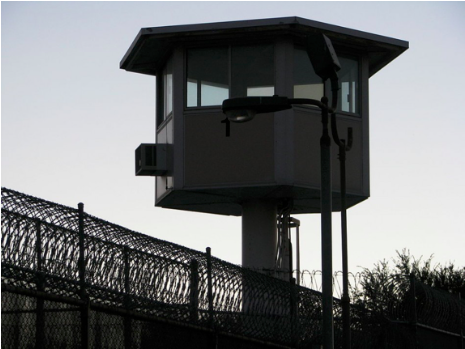 Despite the 2009 prohibition, 23 of 27 women interviewed in the Correction Association’s Reproductive Injustice report, described being shackled during their pregnancies to varying degrees. Women were subjected to full body shackles with leg chains, which restrict one’s stride and impair balance, belly chains, and handcuffs, complete with a black box mechanism that further restricts mobility. Some women interviewed were shackled with belly chains just two days after C-Sections. Others reported being chained together during transport from county to state facilities, forcing them to pull each other’s pants down to use the bathroom.

The 2009 bill was created in response to a number of circuit court decisions that explicitly recognized shackling pregnant women during childbirth as cruel and unusual punishment under the 8th Amendment. The American Civil Liberties Union’s National Prison Project deemed the practice violative of the Convention Against Torture in 2014. Indeed, supporters of the 2009 ban and its updated iteration cite numerous physical and psychological consequences associated with shackling during pregnancy, labor, delivery, and recovery.

Among the perils, shackling increases the risk of falling, blood clots, and circulatory issues due to increased swelling in extremities during pregnancy. What’s more, the practice of handcuffing women to their beds dangerously restricts mobility, and prevents immediate transfer to an operating room, for an emergency C-section, for example. On top of physical health concerns, shackling during pregnancy is inhumane and degrading. Women interviewed in the CA’s “Reproductive Injustice” report cited lasting emotional and psychological trauma, from the experience of being shackled while pregnant, holding their newborns for the first time, and the presence of corrections officers in the delivery room.

According to Erin Harrist, senior staff attorney at the New York Civil Liberties Union, the updated law will protect a broader swath of women than the 2009 version.

“The lack of dignity and the humiliation involved having the correction officer in the room is both horrible and incredibly demeaning,” Harrist said. “On top of that, these jails and facilities do not often notify your significant others and your families, meaning women have no support there whatsoever. You’ve associated the birth of the child with truly humiliating and undignified circumstances.”

It bears noting that the text of the amended version that was passed by the state assembly and signed by Governor Cuomo may not be the version of the bill that becomes law. Post passage chapter amendments were issued during the second week of February, 2016, which return some discretionary power lost by correction officers in the original text of the update.

The chapter amendments, which have not come to a vote yet, allow the correction staff responsible for transporting a woman to the hospital for childbirth to make a unilateral, on the spot, determination that an emergency situation has arisen such that the woman poses a danger to herself or medical staff. In these cases, officers may subject her to restraints while in transit, limited to front handcuffs, and never during labor or delivery.

“I find it disappointing and unnecessary,” Harrist said. “It’s quite similar to the language in the 2009 bill that permitted officers to abuse their discretion. But, one way to look in a brighter light is that they’re still required to document, in detail, why they made that determination, and report it.”

Opponents of the tightened ban, namely the Sherriff’s Association and county legislatures, claim it will increase costs, necessitating both additional training and more correction officers to guard each woman on her way to court, doctor’s visits, and ultimately, to the hospital for delivery. Supposed security risks also factor prominently in rhetoric from the opposition, however, procedure already dictates that two guards, at least one of whom is armed, are sent with women during transport. Most women are serving time for misdemeanors and non-violent felonies.

The state’s centralized administration, the Department of Corrections and Community Supervision (DOCCS), makes notification and enforcement relatively easy as compared with the more than 50 disparate county jails scattered throughout the state. County jails are operated on the local level, unlike DOCCS, and are accustomed to operating with impunity regarding shackling, even since the passage of the 2009 ban.

“You have to go one by one to make sure they’re in compliance, so it’s a challenge with any type of legislation like this to make sure it’s impactful at a state and local level,” Harrist said. “ There are pregnant women in these facilities and some of them are really quite horrible places.”

Approximately 2,000 women give birth in jails and prisons across the country every year.

The 2015 CA report estimates that there are 40 pregnant women incarcerated in New York State prisons, and 1,700 held in county jails (including Rikers Island) annually.

Shackling pregnant women is entirely legal in 28 states. The barbaric practice is only a small part of the myriad failures to address reproductive healthcare needs of incarcerated women. Indeed, access to prophylactic examinations, abortion, counseling, and other essential services are scant in this nation’s correctional facilities. Shackling receives attention in part because it is grossly offensive, visually and ideologically, to the extent that those who do not otherwise recognize the rights and humanity of incarcerated people, wince at the thought.

Although shackling is far from the crux of the many ills rampant in the treatment of incarcerated people in this country, it may be part of the growing fervor around the much-needed conversation about the atrocities experienced by citizens confined in New York, and around the country, everyday.