On April 9 the Fifth Circuit Court of Appeals ruled for the second time that a 2011 Texas voter ID law was passed with intent to discriminate against eligible minority voters. This decision comes just three months after the the U.S. Department of Justice’s Civil Rights Division (“DOJ”) dropped its complaint opposing the Texas bill, which imposed new ID requirements for eligible voters at the polls. The DOJ withdrew after three years and close to $1 million worth of litigation.

The DOJ previously argued that Senate Bill 14 (“SB 14”), which required voters to produce a photo ID such as a driver’s license, gun license, or passport in order to cast a vote, was passed with discriminatory intent.  The Texas Legislature maintained, however, that the purpose of SB 14 was to prevent voter fraud. The law was immediately challenged and halted under Section 5 of the Voting Rights Act of 1964 (“VRA”).  Section 5 required jurisdictions with a history of racial discrimination to obtain federal approval before implementing new voter laws.  This section of the VRA essentially became void with the Supreme Court’s 2013 decision in Shelby County v. Holder, allowing the Texas law to go into effect.

Shortly after Shelby County was decided, SB 14 was challenged by the NAACP and the Brennan Center for 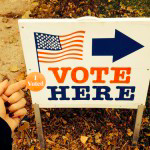 Justice, which brought claims under section 2 of the VRA and the U.S. Constitution.  The U.S. District Court for the Southern District of Texas found that SB 14 violated section 2 of the VRA, imposed an unconstitutional burden on voting rights, and created a de facto poll tax. The court also held that the Texas Legislature passed SB14 with an intent to discriminate. The District Court ordered Texas to cease implementation of SB 14.

Texas appealed the decision to the Fifth Circuit Court of Appeals, which decided the case in a decision called Veasey v. Abbott.  In July of 2016, the Fifth Circuit affirmed that SB 14 violated section 2 of the VRA, agreeing with the District Court that, “SB 14 specifically burdens Texans living in poverty who are less likely to possess qualified photo ID, are less able to get it, and may not otherwise need it; a disproportionate number of Texans living in poverty are African-Americans and Hispanics.”

Nevertheless, the holding represented only a partial victory. The Fifth Circuit disagreed with the District Court that SB 14 created a poll tax, and that it created an unconstitutional burden on the right to vote.  Finally, the Fifth Circuit remanded the finding that SB 14 was passed by the Texas Legislature with the intent to discriminate for further review by the District Court. Texas filed a petition with the U.S. Supreme Court for review, but the Supreme Court declined to hear this case.

The 2016 Fifth Circuit opinion required that the District Court approve a plan to be implemented in time for the November 8, 2016 election. The plan that was ultimately approved by the District Court in August of 2016 allowed voters to show up with a broader list of documents, such as, utility bills or bank statements.

The DOJ, backing the plaintiffs’ challenge to SB 14, argued that despite this order Texas officials were misleading voters as to the additional identification options for the November 8th elections. Specifically, the DOJ claimed that Texas officials failed to make clear that voters without identification would still be permitted to cast a ballot.  Thanks in part to the DOJ intervention, the District Court issued a separate order in September of 2016 that Texas address the ambiguity.

The DOJ furthered its involvement in the SB 14 litigation by filing a brief alongside the plaintiffs from Veasey alleging that the bill was passed with an intent to discriminate in early September 2016. The brief highlights comments made by legislators prior to the bill’s passing, including a statement by former Representative Todd Smith, “[I]f the question is[,] are the people that do not have photo IDs more likely to be minority than those that are not, I think it’s a matter of common sense that they would be. I don’t need a study to tell me that.”

The DOJ argued that the frankness of that statement shows that all legislators knew what they were doing when they passed this bill.  The DOJ also noted that concealed carry licenses, but not student IDs for public universities, were approved poll ID’s. The Texas Attorney General’s Office (“AG”)  responded that the additional voter requirements were first proposed after the 2000 election between former President George W. Bush and and Al Gore when there was universal distrust of the electoral system.

Fast-forward to the 2016 change in the executive regime, and the DOJ is singing a significantly different tune; the DOJ dropped its support for the challenge that SB 14 was passed with a discriminatory intent.  It is a move that surprised few due to both President Donald Trump and Attorney General Jeff Sessions’s belief in “mass voter fraud.”  The DOJ states that its withdrawal is to allow, “the Texas Legislature the opportunity to rectify any alleged infirmities with its voter identification law.”

While the DOJ’s withdrawal did not stop litigation, it is likely a preview of what’s to come from the new administration.  The DOJ’s move to withdraw its support may be the first step in ultimately switching to full on support of other similarly restrictive voter suppression laws in the future.