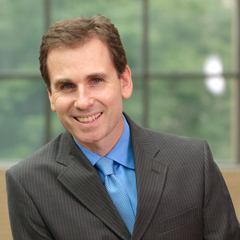 pandemic combined with a national movement for racial justice. The students and faculty in our clinics are responding by working harder than ever to serve their clients with crucial legal counsel and representation and the development of innovative policy proposals. We are grateful for the driven clinicians here at Fordham Law and our colleagues in the greater law community for their unflagging dedication to serving the underserved. Thank you for your incredible work.

Click here to read more about our dedication to serving the underserved.

Heirs’ property—property passes to two or more inheritors without a will or without a strong will—has been called “the leading cause of Black involuntary land loss” by the U.S. Department of Agriculture. Often, it can leave the heirs as tenants in common, and thus vulnerable to laws that allow speculators or developers to acquire the [...]

Bernice Grant, founding director of the Entrepreneurial Law Clinic and senior director of the Entrepreneurial Law Program, has been appointed associate clinical professor. She teaches students how to provide transactional legal services, using an integrated law and business perspective informed by her background as a corporate attorney and certified public accountant. Grant has published articles [...]

The height of the coronavirus outbreak this spring thrust many New York City residents who had already been job- or food-insecure into an urgent predicament: While state-run organizations struggled to meet the sudden influx of demands for benefits, they were unable to respond quickly enough to address to provide necessary and timely services.  With so [...]

Joe Beery ’20, Alexis Carra ’20, and Emily Viola ’21, students in Fordham Law’s Democracy and Constitution Clinic wrote an op-ed, published in Medium, arguing that presidential background checks are necessary and would provide useful information to voters. Picture a crisp D.C. morning on January 21, the first day of a new presidential administration. An [...]

Professor Jacqueline Nolan-Haley, director of the ADR & Conflict Resolution Program and the Mediation Clinic, was quoted in Harlem World Magazine regarding the launch of a program in New York City that will offer free mediation to New Yorkers and hospitality businesses. Today, Mayor Bill de Blasio announced MEND NYC, a program to provide mediation to New Yorkers and [...]

The post Launch Of Free Citywide Mediation Program For NYC Establishments From Harlem To Hollis appeared first on Fordham Law.

Congress Can Provide Mail Voting for the Presidential Election

The article was researched and written by students in Fordham Law’s Democracy Clinic. Administering the upcoming 2020 presidential election poses unique challenges in light of COVID-19. To say the least, traditional in-person voting at polling sites runs antithetical to social distancing guidelines. Yet the reality is that Election Day will move forward regardless of the [...]

The post Congress Can Provide Mail Voting for the Presidential Election appeared first on Fordham Law.

Stop the Stigma Against Menstruation; Starting with the Bar Exam

Professor Elizabeth Cooper, faculty director of the Feerick Center for Social Justice, co-authored an article on upcoming bar exams around the country and the ban on bringing in one’s own menstrual products to the exam. Distrust of people who menstruate needs to stop. For too long, menstruation has been an after-thought or something to be [...]

The post Stop the Stigma Against Menstruation; Starting with the Bar Exam appeared first on Fordham Law.

Three Pro Bono Scholars from the class of 2020, Anna Aboody, Siobhan D‘Angelo, and Ciera Wilson, were admitted to the bar virtually during the coronavirus pandemic. Through the Pro Bono Scholars Progam, students devote their last law school semester to pro bono legal work on behalf of low income and indigent people. Working with one of [...]

Prior to the coronavirus shutdown, recent graduate Katherine Anne Boy Skipsey ’20, along with Nina Riegelsberger ’21 and Ruadhan McKeone ‘20, had the remarkable and rare opportunity to argue an appeal before the United States Court of Appeals for the Second Circuit. Preparing and rehearsing for nearly two months, the three Federal Litigation Clinic students, [...]

June 8, 2020 – A Fordham Law School clinic is recommending a slate of non-partisan reforms to strengthen the United States’ institutions and its democracy. In six policy reports announced today, the Democracy and the Constitution Clinic calls for reforms to check presidential powers, improve ethics and transparency in government, and ensure fair and effective [...]

Crimes of Conviction Should Not Drive Prison Health Policy

Professor Martha Rayner wrote an op-ed for New York Law Journal on the New York response to health and safety in prisons during the coronavirus pandemic. Gov. Andrew Cuomo, when asked at his daily press conferences about the health and safety of people locked-up in his state prisons, claims all necessary steps are being taken. That’s [...]

Clinical Associate Professor of Law Gemma Solimene joined Raymond Audain, senior counsel for the NAACP’s Legal Defense Fund, for a wide-ranging discussion of Temporary Protected Status (TPS) for Haitian citizens in the United States.  TPS allows immigrants to remain in the U.S. temporarily while their country of origin recovers from a disaster—that disaster could come [...]

On March 9, 2020, just before Fordham University shut down its campus, a client of Fordham Law’s Immigrant Rights Clinic (IRC) came to the Law School to pick up an envelope containing green cards for her and her two daughters. The day was over four years in the making. Anna* had moved to the United [...]

Congressman Thomas Suozzi ’89 recently met by videoconference with Fordham Law’s Democracy and the Constitution Clinic. The second-term congressman gave the students feedback on their proposals for reforms to the country’s institutions and its democracy. The meeting touched on projects the clinic has worked on over the past year, including reforms to the way special [...]

From crowdfunding to cryptocurrency, social impact investing, benefit corporations, and access to capital for female and minority entrepreneurs, the second season of the Entrepreneurial Law Clinic’s Startup LAWnchpad podcast* explores a wide array of complex issues faced by startups as they obtain financing. This season’s theme can be best described as “From Seed Capital to [...]

Social distancing saves lives. But how are you supposed to guard against infection from the coronavirus if you’re trapped in an environment where social distancing is impossible? For the past five weeks, students and staff at Fordham Law School’s Federal Litigation Clinic and Criminal Defense Clinic have been working to secure the release of inmates [...]

Fordham Law’s Federal Litigation Clinic was featured in an article for New York Law Journal for its response and quick action to serve its clients due to the COVID-19 crisis. “No matter what your subject matter is, there are COVID-related issues, so you don’t need to start a COVID clinic,” said Michael W. Martin, the [...]

Professor Cheryl Bader shares her expert opinion on Harvey Weinstein’s sentence with CBS New York. Often the defense will give some statement about their remorse. I think it’s very difficult in this case for Harvey Weinstein to really show remorse that would be adequate for the judge in a case where there’s been this siginificant conduct [...]

Expert Cheryl Bader On Harvey Weinstein Verdict: ‘A Real Victory For The Prosecution And The #MeToo Movement’

The post Expert Cheryl Bader On Harvey Weinstein Verdict: ‘A Real Victory For The Prosecution And The #MeToo Movement’ appeared first on Fordham Law.

How an Unheralded Change to Criminal Procedure Law §150.20 Will Overhaul Arrest Procedures in New York

Professor and co-director of the Criminal Defense Clinic Martha Rayner and third-year student Alex Garber co-wrote an article for the New York Law Journal examining the modification to Criminal Procedure Law §150.20 that will significantly impact New Yorkers. This alteration constitutes a sea change in arrest procedures in New York state, where until now, the [...]

The post How an Unheralded Change to Criminal Procedure Law §150.20 Will Overhaul Arrest Procedures in New York appeared first on Fordham Law.

Professor Cheryl Bader sat down with CBS New York to discuss the beginning of jury deliberations for the Harvey Weinstein trial. As we wait for the jury to deliberate in the Harvey Weinstein case, I would love to be a fly on the wall and see how individual views about the #MeToo Movement plays into the jury [...]

What Pictures Are the Prosecution and Defense, Trying to Paint in Weinstein’s Trial?

Professor Cheryl Bader sat down for an interview with ABC News to discuss the prosecution and defense teams’ strategies in the ongoing Harvey Weinstein trial. They [the defense team]want jurors to look at this case as a pay to play case. That these particular women were willing to sleep their way to the top, they wanted [...]

The post What Pictures Are the Prosecution and Defense, Trying to Paint in Weinstein’s Trial? appeared first on Fordham Law.

Professor Cheryl Bader shared her expert opinion with CBSN New York, analyzing the prosecution strategy in the Harvey Weinstein trial. All eyes are on this case and the prosecutor came out this morning with guns fired. Very graphic detail about the various encounters with these women and they need to do that because there are [...]

Professor Cheryl Bader was quoted in an article for Bloomberg examining Harvey Weinstein’s upcoming trial and how jury selection is likely to occur. Opening arguments in Harvey Weinstein’s rape trial are more than a week off, but his lawyers are fighting for his freedom now, and the jury they select is the key to it. The [...]

Tim Rooney, from the USPTO, recently visited with Ron Lazebnik, supervising attorney of the IPIL clinic and spoke with clinic students about relevant topics such as various job opportunities for lawyers at the USPTO and the importance of taking advantage of experiential opportunites at the law school — such as the clinic.  He also enlightened [...]

Chief Judge Robert A. Katzmann Meets With Students in Democracy and Constitution Clinic

Chief Judge Robert A. Katzmann of the US Court of Appeals for the Second Circuit Court met with former dean John Feerick, and Professor John Rogan and students in the Democracy and Constitution Clinic.  He offered his insights on legislative reform and the judiciary. The clinic conducts research to develop reforms to strengthen the nation’s [...]

The post Chief Judge Robert A. Katzmann Meets With Students in Democracy and Constitution Clinic appeared first on Fordham Law.