Return to Fordham Law School
You are at:Home»Fordham Lawyer»Features»In Our Corner

The ideal of justice knows no geographic boundary. Justice is blind to borders. If we wish to live in a more just world, we have to fight as fiercely on behalf of landless communities in Asia as we do for the homeless individual living at our doorstep. While improving justice in the United States might involve greater access to the court system, in a country like Nepal it might mean more predictable and safer access to water. All justice issues are valid, and all deserve thoughtful attention.

The School’s A2J Initiative includes partners who work all over the world on behalf of vulnerable populations. The 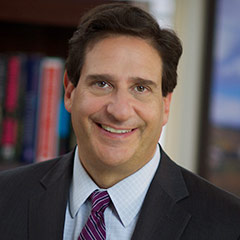 Leitner Center for International Law and Justice is one such partner. One of the nation’s oldest and largest law school–based human rights programs, the Leitner Center has as one of its four core objectives the strengthening of the rule of law and access to justice. The Leitner Center works with activists, stakeholders, and grassroots groups around the world to provide support for networks of human rights advocates. The center has conducted trainings on international human rights law, held mobile legal aid clinics, hosted community dialogue sessions, and held workshops and conferences that support human rights from the ground up.

Whether through the Crowley Program in International Human Rights, the Walter Leitner International Human Rights Clinic, the Sustainable Development Legal Initiative, the Asia Law and Justice Program, or one of the Leitner Center’s many other initiatives, Fordham Law students become immersed in international justice issues in a singularly intensive way that allows them to cultivate skills they will need to help solve critical access-to-justice challenges. In short, they become seasoned justice advocates who then go out into the legal profession and help close the justice gap.

The 2008 constitution of Myanmar guarantees women equal rights and pay—until it changes its mind halfway through the document. Just after making big promises about equality for both genders, the constitution does an about-face with an aside about a man’s right to take “the positions that are suitable for men only.”

“Our students are standing up with these women and supporting their efforts to expand access to justice.”
– Elisabeth Wickeri

Myanmar is undergoing a transition to liberty and justice for all that is a work in progress. Local activist groups are pushing for women’s rights in the country, but they’re up against years of an authoritarian mindset. The groups need support navigating their new democracy; fortunately, they have gotten a boost from the Leitner Center for International Law and Justice. For the past five years, the Leitner Center’s Asia Law and Justice Program has sent students to the country to work with women’s rights groups, using their legal skills to train local advocates to use international tools such as the United Nations’ Universal Periodic Review process. “Our students are standing up with these women and supporting their efforts to expand access to justice,” says Elisabeth Wickeri, the center’s executive director.

Human rights violations don’t occur only in Myanmar, China, Ghana, Turkey, and other countries where the center has done its work. Legal doors are slamming on citizens of western democracies too. This past February, The New York Times reported that U.S. Attorney General Jeff Sessions had effectively shut down the Obama-era Office for Access to Justice, ending a program that helped marginalized people obtain counsel and legal assistance. “Our current administration has turned away from promoting human rights internationally and at home,” says Wickeri.

This climate makes the work of the 20-year-old Leitner Center more relevant than ever and an inspiration foe Fordham Law’s A2J Initiative for equal justice. A “think- and-do tank” that has benefited more than 500 students over the years, the center turns students into hands-on legal teams, showing the next generation of international legal experts what it takes to be human rights advocates.

Each of the center’s programs functions as a full-fledged social justice operation in its own right, following some variation on the mold set by Fordham Law’s precursor to the center, the Crowley Program in International Human Rights. Since its founding 20 years ago, the Crowley Program has allowed students to research issues firsthand on annual overseas fact-finding trips and then publish reports on their findings. The center’s other programs also incorporate research, travel, and advocacy through writing and other means. The International Law and Development in Africa Clinic has tackled challenges as disparate as family justice, prisoners’ rights, and international trade legislation. The Walter Leitner International Human Rights Clinic has worked on more than 40 clinical projects focusing on access to justice, criminal justice reform, women’s rights and gender justice, and sex workers’ rights with numerous grassroots organizations in many countries, including Cambodia, Kenya, Mauritius, Rwanda, Malawi, and the United States. (“Our work on human rights in the United States takes on a new urgency these days,” says Wickeri.) Beyond its ongoing work in Myanmar, the Asia Law and Justice Program has recruited students as aides and advocates for Chinese human rights lawyers and promoted farmers’ rights in Nepal. Students have gained similar hands-on experiences through the center’s Sustainable Development Legal Initiative, the Leitner Summer Fellows Program, and the postgraduate James E. Tolan Human Rights Fellowship.

Ever since Professors Martin Flaherty and Tracy Higgins founded the Crowley Program in 1998 at Fordham Law, they and Wickeri have made sure the center has evolved along with the human rights movement at large. In recent years, the Leitner programs have increased their attention to human rights advocacy for LGBT people and for people with HIV/AIDS, adding to the long list of issues they address in wide-ranging projects. Those issues tend to lean toward fostering “positive” human rights (such as education, standards of living, and other things a government owes its citizens) more often than correcting “negative” human rights (such as torture and other things governments shouldn’t do). The center has also made a conscious change in the types of organizations its programs partner with. Flaherty says that, in the beginning, the center’s programs tended to organize their trips with New York-based NGOs or other international groups stationed far from the country in question. Over time, they have aimed to partner directly with local grassroots groups staffed with lifelong residents. “You always want the expertise of people who live there and are working to make change in their country 24/7 as their main job,” says Flaherty. “There’s no substitute.”

Carolina Van Der Mensbrugghe ’17 saw the value of this approach firsthand when she helped organize gender equality training sessions with women in Myanmar as a Crowley Scholar and conducted a human rights workshop in Mauritius for sex workers from seven African countries with the Walter Leitner Clinic, directed by Professor Chi Mgbako. She says the experiences strengthened her view of how necessary it is to work with local stakeholders as equals. “We were just facilitating and uplifting the voices that needed to be heard,” she says. “Our role was minimal compared with what these strong women needed to do after we left. You realize you don’t have the answers to anything, but that it’s really about connecting people.”

Shirin Dhanani ’18 learned the same lesson helping rural South Africans secure land tenure rights through her Crowley overseas fieldwork. Like other Leitner groups before them, her team spent a semester doing its homework—digging into the issues and examining the country’s history and legal systems to gain as much context as possible. When they arrived in South Africa, they first checked in with a local activist, who provided them with translators and helped make introductions. The students then went straight to the local groups fighting for their rights, interviewing them at length where they lived. The students saved for later their meetings with academics and politicians in the urban centers. “Talking first to the people fighting for their rights helped us to think more critically about the issues they face,” says Dhanani. The project aimed to document the concerns facing groups on the ground and to support them with tools to challenge rights violations on local, national, and international levels.

“Helping people get into court is one way work with individuals and groups by highlighting
their violated rights, offering them training, and convincing their governments to change their ways, you’re providing access to justice in a much broader and fundamental sense.”
– Martin Flaherty

Flaherty says these kinds of results may not feel as tangible as a courtroom victory for an individual client, but access to justice in the human rights advocacy world doesn’t focus on racking up judicial or legislative wins. Often it’s a process of gathering and spreading information, whether through holding a workshop, writing a report to the United Nations, or working behind the scenes in more creative ways to pressure governments to stop violating citizens’ rights. “Helping people get into court is one way of looking at access to justice,” says Flaherty. “But when you work with individuals and groups by highlighting their violated rights, offering them training, and convincing their governments to change their ways, you’re providing access to justice in a much broader and fundamental sense.”

Some of the center’s programs work within the entire spectrum of access to justice. In Ghana alone, students of the International Law and Development in Africa Clinic, directed by Professor Paolo Galizzi, have done court work for prisoners jailed past their full sentences; held workshops and legal clinics on women’s inheritance rights, marriage registration, LGBT rights, and healthcare; designed family justice centers; gathered leaders and citizens to discuss dangerous religious and cultural practices; and written reports on international trade legislation to help increase Africa’s access to the U.S. market.

Wickeri, herself a Crowley Fellow in 2008 before becoming the center’s executive director in 2009, says the breadth of experience students get from this work is invaluable in the increasingly competitive job market for practitioners in international human rights. “Anyone who works on firsthand advocacy projects will have an enormous leg up,” she says. “We make sure students have experience not just in studying human rights law but also in working on the ground with local partners. That’s a huge part of the job these days.”

Zahava Moerdler ’17 is taking her first step in a human rights legal career as a Wattenberg Fellow at Human Rights First’s New York office. She came to Fordham Law in part for its reputation in human rights law and started attending the center’s robust Leitner Human Rights Speaker Series as soon as she arrived. A veteran of one of the Leitner Myanmar trips, she now advocates for fighting anti-Semitism and extremism in Europe and the United States. Moerdler plans to carry on this kind of work after her fellowship ends. “The Crowley Program, the international human rights clinic, and Leitner programming in general showed me I can make an impact in this field.”

Dhanani and Van Der Mensbrugghe also plan to pursue human rights law as a career. Wickeri says even students who aren’t interested in making human rights their job benefit from their experiences with the Leitner Center. “We want to make sure students exposed to these issues have a broader mindset to get a bigger sense of the world around them and know how crucial these questions are,” she says. “We tend to take access to justice for granted here, but in some countries that’s just not an option.”