Nearly 25.9 million refugees currently live outside their home countries, according to the United Nations High Commissioner for Refugees (UNHCR). Only a small percentage of the global refugee population is permanently resettled in developed nations, leaving the world’s less-developed countries to host the vast majority of displaced people. Denied access to work and other basic rights, many refugees struggle to survive.

In the midst of the Syrian refugee crisis, millions of Syrian refugees who had initially fled to Jordan, Turkey, and Lebanon began leaving for Europe in search of jobs. The European Union launched a new effort to keep them in those host countries by creating employment there. In 2016, the European Union and the World Bank signed the Jordan Compact, committing financial support to Jordan to provide work opportunities for 200,000 Syrian refugees, plus increased economic opportunities for native Jordanians.

Professor Jennifer Gordon, whose research and teaching interests lie in immigration, labor, and public interest law, used her investigation of the Jordan Compact as a starting point for a proposal on reshaping refugee employment in her latest paper, “Refugees and Decent Work: Lessons Learned from Recent Refugee Jobs Compacts.” In order to take refugee self-reliance seriously, she writes, decent work opportunities must be created for refugees and those in their host countries who work alongside them. We spoke with Professor Gordon about her groundbreaking research.

What inspired you to write this paper and to focus primarily on Jordan?

The project came out of my concern about aspects of the Jordan Compact model. The idea that refugees should have the right to work in their host countries is very important. But the way labor market access was structured in the flagship initiative in Jordan was problematic—particularly because it envisioned that most Syrian refugees in Jordan would get jobs in garment factories at the bottom of global supply chains. Garment export work is globally notorious for low pay and terrible conditions. The notion that one would help refugees by giving them some of the worst jobs around struck a troubling chord with me.

You went to Jordan and Ethiopia for on-the-ground research and in-person interviews. What did you learn that helped shape your work? 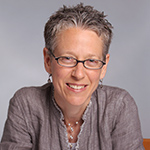 In addition to the Jordan Compact, in 2016 the European Union signed a similar agreement with the Government of Ethiopia, promising a smaller number of jobs in the garment industry to refugees in that country. I began researching these compacts in 2017, and the following year I visited both places to get a better sense of how they were being implemented on the ground. In 2019 I went to Bangladesh and Mexico to learn more about the situation of refugees in those countries and to engage in conversations about whether something similar might happen there, although to date nothing formal has emerged in either place.

On each trip, I interviewed individuals involved in the agreements on the ground, from government officials to representatives of the UNHCR, World Bank, and humanitarian organizations, to managers at private firms that were supposed to employ refugees. In both Jordan and Ethiopia, it quickly became clear that the garment idea wasn’t going to work. Today in Jordan, fewer than 500 Syrians work in garment jobs, compared to the initial goal of 150,000 for that industry. In Ethiopia, the compact was eventually rewritten to eliminate the focus on garment export work. In both places, although refugees wanted work, the wages and conditions in the garment industry were just too poor to attract a significant number of people.

Going to Ethiopia was really eye-opening for me because my research trip happened to coincide with the first time that the All-Africa Garment Sourcing Convention was held in Addis Ababa, Ethiopia’s capital. I had the opportunity to attend a lot of the events, including a mini-conference about corporate social responsibility in the Ethiopian garment sector and meetings for industry representatives with top-level government officials. I also joined tours of two recently built industrial parks that the government carried out for potential investors, allowing me to speak directly with managers and get inside the factories for a very rare firsthand view of what was happening in the garment industry in Ethiopia.

What was the biggest takeaway from your research?

When we treat refugees as workers, we have to shift from a humanitarian aid perspective to a focus on labor rights and labor markets. This represents a big change for the refugee regime.  Until very recently, refugees could not work in most host countries, and humanitarian organizations, therefore, have almost no experience with refugee employment or with issues related to labor rights. Such organizations are inclined to approach work from an aid perspective, as a way to help refugees. From this perspective, any job is a plus. But when refugees work, they enter labor markets where others are already working. Labor markets are economic organisms, and when you insert a new group of workers it affects everybody.  We have to begin to think about refugees as workers, like any other workers, and figure out how to advance decent work for them alongside the people who are already in the jobs and sectors they’re going into (including local citizens, internally displaced people, and migrants from other countries who are already working those jobs).

What have you been up to since December 2019 when you published your paper? And, since you noted that you did travel to Bangladesh and Mexico, would you consider focusing on those countries for a future paper?

To date, neither of those countries has moved forward with a systematic effort to give refugees access to employment, but I’d be very interested if they pursued that track.  Another place where conversations are underway is in Colombia, where there are many Venezuelan refugees.

Currently, I’m working on a talk that examines how conversations about universal basic income deal with immigration, and a paper about other aspects of refugee employment. This summer I’ll be starting research to get a new project off the ground. And, like everyone else, I’m thinking about the impact of COVID-19 on my field. What does a pandemic of such unprecedented scope have to teach us about work, migration, and borders?