Return to Fordham Law School
You are at:Home»Law School News»Meet the Newest Members of the Stein Scholars Program

Fordham Law School’s Stein Scholars program is designed to cultivate the next generation of public interest lawyers. Selected students with a demonstrated commitment to public interest participate in the academic and service program during law school to prepare for their careers as attorneys. The program includes specialized discussion series, mentorships, and working with public interest organizations.

“We are so excited to welcome this newest group of students to the Stein Scholars community. Stein Scholars are public interest leaders, not only while they are at Fordham, but in the broader New York, national, and global communities after graduation,” said Aisha Baruni, director of Public Interest Scholars and Counseling. “Stein Scholars make their mark as passionate attorneys who fiercely represent their individual clients in matters including housing and education, work on important policy matters, and help ensure that government institutions work for the people.”

Each year, the Stein Scholars program admits a few new students in the spring. All are members of the Class of 2022, with some new Stein Scholars in the Day Division and others in the Evening Division. 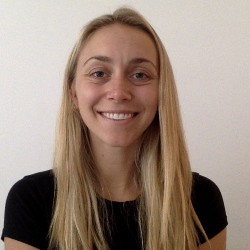 Julia Hatheway graduated from Middlebury College in February 2018 where she majored in International Politics and Economics. While living in Vermont, she interned and volunteered for WomenSafe, an organization supporting survivors of domestic and sexual violence. Following graduation, Julia moved to New York City to work in the Appeals Division at the Manhattan District Attorney’s Office before beginning at Fordham. Julia is passionate about gender justice and is particularly interested in reproductive rights. She plans to continue learning about these issues while at Fordham and is excited to join the Stein community and learn from fellow Stein Scholars. 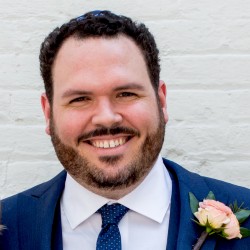 David Marx earned his BA in psychology from Yeshiva University in 2009 and worked for several years in gang violence prevention, foster care, and with other at-risk youth. David received an MSEd in childhood special education from Hunter College in 2015 and worked as a special education teacher in the South Bronx until he chose to pursue law. While teaching third graders, he observed the intersectionality of injustices his students faced based on their race, family income, immigration status, and disability classification, making them particularly vulnerable to harm and marginalization. This compelled him to pursue a career change that would work towards putting an end to the systemic oppression they faced. He interned his 1L summer at the Mississippi Center for Justice and is interning his 2L summer at Neighborhood Defender Services Youth Law Practice. David is interested in pursuing a career that will help put an end to the school-to-prison pipeline and mass incarceration. 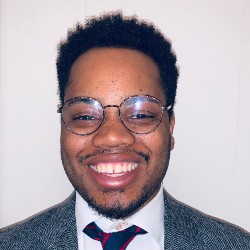 Collin Murdock’s background is in education, mental health, and youth development. In 2011 he was an AmeriCorps member with City Year Washington D.C. where he worked with an 8th-grade class. Following that he attended the Smith College MSW program and provided outpatient and in-school services to youth. After graduating from Smith he worked for the Washington D.C. State Board of Education as an educational advocate and later in New York City as an educator and advocate on special education issues for transition-aged youth and their families. He hopes to meet other passionate students and plans to use his legal training to continue working on issues in education and youth development. 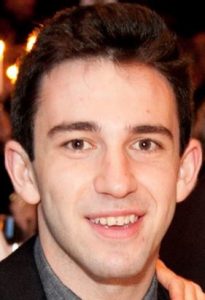 Before starting at Fordham, Eli Salamon-Abrams spent three years working as a paralegal at a small firm doing mostly court-appointed federal criminal defense work in the Southern and Eastern Districts of New York. He has interned with organizations such as the Innocence Project and National Advocates for Pregnant Women. Eli graduated from Tufts University in 2016, where he studied political science and music. He has enjoyed getting to know the public interest community at Fordham through his work with Fordham Law Defenders and is honored to join Stein Scholars. 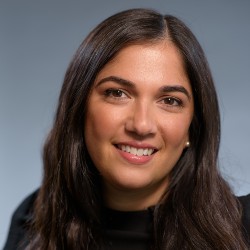 Huma Shah most recently served as the Chief of Staff at FWD.us, a political advocacy organization focusing on immigration and criminal justice reform. She previously served in the Obama White House as the Special Assistant and Policy Advisor to the Senior Advisor to the President. Before joining the White House, she was a political appointee in the Department of Homeland Security. She has an M.Phil with Distinction from the University of Cambridge, where she was the Harvard University Paul Williams Scholar in International Government and Public Affairs, and the recipient of the C.A. Bayly award for best dissertation. A New York native, she is a graduate of Harvard College.