Return to Fordham Law School
You are at:Home»Faculty»The Big Idea: A Unified Framework for the Regulation of Children

To address the considerable confusion about the legal regulation of children—including uncertainty and conflict about whose interests take precedence: parents, children, or the state—Professor Clare Huntington, Joseph M. McLaughlin Professor of Law, and Elizabeth Scott, Harold R. Medina Professor of Law and Vice Dean for Curriculum at Columbia Law School, wrote “Conceptualizing Legal Childhood in the Twenty-First Century.” In the article, they argue that there is an emerging and unifying structure and logic to the regulation of children—what they call the “child wellbeing framework.”

We spoke with Professor Huntington about the article and her work for the American Law Institute’s Restatement of Law, Children and the Law, on which she and Professor Scott both serve as reporters. 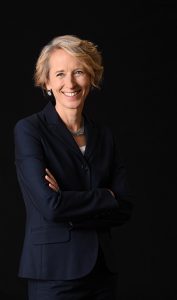 How does your proposed framework of legal regulation of children differ from the approach found during the Progressive Era?

Before the Progressive Era, white parents—but not enslaved parents—determined almost every aspect of their children’s lives, with very limited state involvement. During the Progressive Era, reformers argued that the state should play a role in family life to promote the wellbeing of children. Reformers convinced states to enact laws prohibiting child labor and requiring children to attend school. And in a twenty-five-year period beginning in 1899, nearly every state created a juvenile court with jurisdiction over the maltreatment of children, status offenses, and juvenile delinquency cases.

The Progressive Era approach to children was paternalistic, and children were largely invisible as legal persons, presumed to be vulnerable, dependent, and incapable of making self-regarding decisions.

This legal view of children began to change in the 1960s, with courts and legislatures treating children as rights-bearing legal persons for some purposes. With the recognition of children’s rights, legal questions increasingly were framed as a zero-sum contest in which parents, children, and the state competed for control over children’s lives. Additionally, children’s rights scholars and advocates challenged the notion of parental rights, contending that these rights were rooted in notions of children as property. Taken together, these disruptions created considerable instability and uncertainty in the law’s conception of childhood.

What is the child wellbeing framework and how does it guide law reform?

As we argue in our article and as we and our fellow reporters are developing the Restatement, there is an underlying logic and coherence to the legal regulation of children: what we call the child wellbeing framework. The goal of legal regulation is still the promotion of child wellbeing, but three features distinguish the modern framework from the approach of the Progressive Era—reliance on research, recognition of social welfare benefits, and acknowledgment of systemic racism.

Beginning with research, we see that legal regulation is increasingly based on a scientifically based understanding of child and adolescent development, as well as empirical evidence about the effectiveness of policy interventions. This body of knowledge makes it possible to advance child wellbeing with greater sophistication and effect than in earlier eras.

Further, lawmakers and the public have begun to understand that policies promoting child wellbeing align with social welfare, strengthening and broadening support for contemporary regulation. There is a growing awareness that policies such as universal pre-kindergarten not only benefit children but also promote social welfare.

You argue the child wellbeing framework should be elevated and embraced more broadly in a legal sense. How do you envision this framework might be adopted and, ultimately, shape decisions by courts?

In addition to explaining the current regulation of children, the framework also guides law reform by highlighting areas that have yet to conform to this contemporary approach. The child welfare system, for example, falls far short of the mark. And although the government is beginning to expand its support of families, there is much more it could and should do. In these areas and others, the framework offers a blueprint for change—emphasizing the importance of relying on research, underscoring social welfare benefits to expand support for law reform, and addressing structural racism and inequality.

You state in your law article, “The recognition of the potential for racial bias generally plays a muted role in the pattern of granting and withholding of rights, but some rights, such as procedural protections in the justice system, are understood to particularly benefit youth of color, who are disproportionately represented in the system.” How has racial bias and inequality played a role in all this?

The third prong of the child wellbeing framework, which addresses racial bias and inequality, is the least realized prong of the framework. Historically, not all parents enjoyed robust rights, and enslaved parents had no parental rights. In the first half of the nineteenth century, the state occasionally removed poor white children and freed Black children from their homes, and either auctioned them off as involuntary apprentices or placed them in children’s institutions.

During the Progressive Era, reformers were focused primarily on poor and immigrant children. Reformers cast the behavior of children and their parents as evidence that parents were failing to raise their children to be law-abiding American citizens. Generally, supervision of middle-class families and restriction of parental rights were not key to the Progressive agenda, and the impact of school attendance and child labor laws fell largely on low-income families.

In the modern era—and consistent with the historic practice of focusing on low-income families and marginalized—Black, Native American, and Native Alaskan families are overrepresented in the child welfare system. Similarly, racial disproportionality and disparities are a hallmark of the juvenile justice system. More generally, lawmakers have done little to address the structural inequalities that influence child outcomes.

Our framework recognizes that racial equality must be front and center, and finding the means to attain this goal defines a critical challenge that lies ahead.