Return to Fordham Law School
You are at:Home»Business and Financial Law»Shlomit Yanisky-Ravid Considers the Future of Law in the Advanced Tech Age
“We can’t just ignore and be fearful of this technology and rely on the traditional legal tools we learned years ago in law school. Many traditional laws can be easily replaced by machines and technology. We must be ready for the intermediate era and prepare students for the future.
– Shlomit Yanisky-Ravid

The roadmap for intellectual property law is not hiding in the pages of textbooks written for the past, targeting a less connected, less technologically advanced age, according to Fordham Law Visiting Professor Shlomit Yanisky-Ravid. The future of IP law exists now at Tesla, where autonomous driving vehicles are in development;at an art exhibition where artificial intelligence (AI) created the paintings on display; at AI labs that create music, literature, and drugs; at workplaces where machine learning systems filter applicants or decide on employees’ promotion and dismissal; and on the internet’s Blockchain, a growing list of records, known as blocks, often used by cryptocurrencies. All these developments pose new opportunities—and challenging legal implications. For this reason, Yanisky-Ravid takes her Fordham Law students outside the classroom, on field trips to a New York City art gallery and Tesla, or to meet AI startups and developers, to push them to better understand advanced technology and then to design solutions to the modern age’s legal paradigm shift. 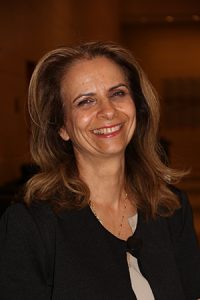 For Yanisky-Ravid, the opportunity to explore in innovative ways the ever-changing relationship between advanced tech and the law—and to encourage young legal minds to engage with these issues—is “one of the most exciting things I could wish for myself.” The Israel native teaches at Fordham Law during the fall semesters and heads the Law School’s AI/IP Project. She credits Dean Matthew Diller’s vision, the Center on Law and Information Policy’s groundbreaking work under Director Joel Reidenberg, and the insights of the Law School’s students in making Fordham “a leader for IP and advanced tech.”

“Fordham provides an environment that helps me flourish,” said Yanisky-Ravid, a prolific writer, noted legal theorist, and senior full-time faculty member at the Ono Law School in Israel. “I have colleagues to speak with about my ideas, whereas in many other schools advanced tech is not promoted. It takes a lot of courage to foster teaching about imminent subjects like Blockchain.”

At Fordham, Yanisky-Ravid has taught courses such as Beyond Intellectual Property: Theoretical, Comparative, and International Perspectives; and Intellectual Property and Advanced Technology: Artificial Intelligence and Blockchain. Creating legal and digital solutions in uncharted territories demands a willingness to challenge conventional legal thought and ask unorthodox, perhaps uncomfortable, questions, such as what happens to the concept of originality when authors and inventors are replaced by AI systems or what comes next when copyright and trademark registrations are replaced by Blockchain or similar tools and even whether intellectual property laws have already become outdated and irrelevant.

“We can’t just ignore and be fearful of this technology and rely on the traditional legal tools we learned years ago in law school,” Yanisky-Ravid said. “Many traditional laws can be easily replaced by machines and technology. We must be ready for the intermediate era and prepare students for the future, facing the reverse pyramid of knowledge.”

Yanisky-Ravid and students at Tesla offices in New York City.

Talking about futuristic concepts is one thing; observing them with one’s own eyes is another. Field trips are just one of the tools Yanisky-Ravid uses to demystify tech and promote fruitful conversation about it among her students. She has also introduced them to jazz music created using AI systems and plans on starting a moot court program, with Clinical Professor Ron Lazebnik, centered around a fictional AI-IP related case, in which a robot competes with its programmer over the ownership of a patent that the robot has autonomously developed and registered. Her own scholarship on various aspects of what she describes as the 3A era (advanced, automated, and autonomous AI systems) has also raised the bar not only for her students but also for legal scholars and practitioners in her field.

Yanisky-Ravid’s article “Generating Rembrandt: Artificial Intelligence, Copyright, And Accountability In The 3a Era—The Human-Like Authors Are Already Here—A New Model” won the Michigan State Law Review’s 2017 Visionary Article in Intellectual Property Law. The paper proposes the adoption of a new model for accountability for works generated by AI systems: the AI Work Made for Hire model, which would impose ownership, control, and responsibility on the humans or legal entities that use AI systems. Yanisky-Ravid also published an article last month in the Cardozo Law Review, “When Artificial Intelligence Systems Produce Inventions: The 3A Era and an Alternative Model for Patent Law,” with Xiaoqiong “Jackie” Liu ’16.

In addition to her scholarly output, Yanisky-Ravid organized for the seventh year running a summer event at Yale Law School titled “The ABCs of Modern Technological Challenges: AI, Blockchain, Cyber and More.” There, Yanisky-Ravid, a visiting fellow with the school’s Information Society Project, presented on “Blockchain Technology and Intellectual Property: The Shift from Property to Digital Contracts: The Promised Land or the Dark Side of the Moon?” Blockchain, she noted, risked providing banks and insurance companies as well as websites such as YouTube unequal bargaining power that would facilitate rigid digital contracts that controlled terms and conditions. It also presented troubling potential for misuse, counterfeiting, and piracy with respect to works of art. In her teachings on Blockchain and other advanced tech, she works with Fordham Law students step-by-step to develop remedies to potential icebergs ahead. Recognizing the importance of the latest international developments, she offers the students the opportunity to attend an international seminar she co-organizes every year at the World Intellectual Property Organization in Geneva, Switzerland, where one of last year’s participants, Dinara Kamalova ’17, continues as an intern.

Unlocking new answers amid rapid change in a legal field that cuts across borders is like discovering a new continent, Yanisky-Ravid said. The questions are limitless. “I want the students to feel the excitement of exploring the unknown future,” she said.

“Are machines better than humans?” she asked, posing one such question that keeps futuristic legal theorists up at night. “When a car accident occurs or a robot replaces employees or a romance author or an inventor, people start thinking machines are better. I don’t have an answer for that. Maybe a combination of humans and machines would be best.”

“That’s something we struggle with,” she said. 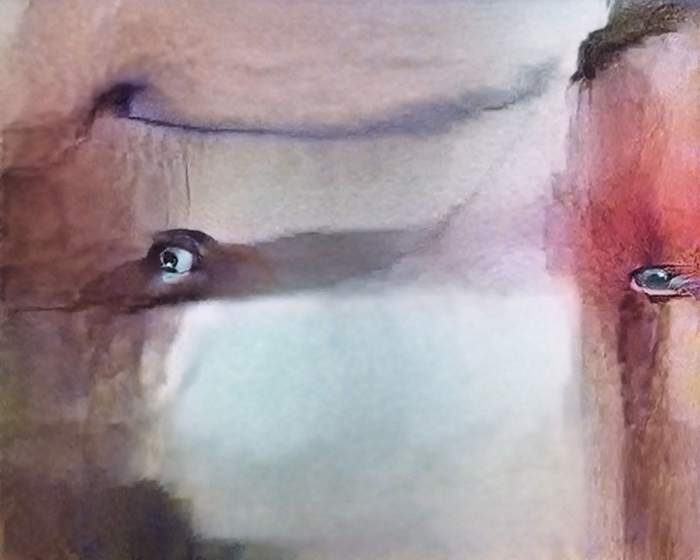 Anticipating the demands of a changing legal profession and enhancing the value of a Fordham Law education are two of the six objectives of the Law School’s strategic plan, Fordham Law Forward.