Return to Fordham Law School
You are at:Home»Alumni»Dolphin in a Shark Tank

This fall, Matt Higgins ’02 will temporarily make the transition from working with a team of Dolphins to competing with a school of sharks.

Higgins, the current vice chairman of the Miami Dolphins, will appear as a guest “shark” investor on two episodes of the hit television show Shark Tank, which celebrates its tenth season this year. The first of the two episodes airs Sunday, October 21 at 9 p.m. ET.

Shark Tank allows a select bunch of fledgling entrepreneurs to pitch their business ideas to a panel of sharks—established businessmen and women with the capital and the expertise to help the entrepreneurs succeed—that is, if the sharks like what they hear during the pitch.

Higgins is a natural fit for the role. “I feel like it’s what I do all day anyways,” he says. Higgins’ work as cofounder and CEO of RSE Ventures, a private investment firm that has partnered with sports leagues, restaurants, and media companies, requires him to be able to quickly identify talented entrepreneurs and ideas that are worth investing in.

As a fan of the show since its inception, Higgins is enthusiastic for the opportunity to jump in with the other sharks and start helping entrepreneurs take the next step with their businesses. To Higgins, Shark Tank “epitomizes everything that’s great about the American Dream.”

Higgins knows from experience what it’s like to build your dreams from the ground up. Growing up in poverty in the Bayside neighborhood of Queens while taking care of his sick mother, Higgins dropped out of high school at the age of 16 in order to earn a G.E.D. and start classes at Queens College as soon as possible. Raising himself and his mother out of poverty was his clear priority.

After graduating from Queens College, Higgins worked for Mayor Rudy Giuliani as the youngest press secretary in New York City history, where his duties included navigating the media response to the September 11 attacks. While working for the mayor’s office, Higgins also attended night classes at Fordham Law. During this time, his mother passed away. “I went through the trials of Job while at Fordham,” he says.

But Higgins fought through the challenges, thanks in part to the support he received at Fordham Law. He’s especially thankful to Dean John Feerick ’61 for his long-term guidance, which included words of encouragement at his mother’s wake. “At critical junctures,” Higgins recalls, “Dean Feerick would reach out and say, ‘Don’t give up.’ ”

As a guest shark on Shark Tank, Higgins plans to keep thinking big. “I’m looking for pitches that have the potential to be more than $100 million businesses,” he says. He’s also looking for like-minded individuals to back—“I don’t want part-time hobbyists and entrepreneurs.”

Although an exciting idea is obviously a must for a successful pitch, Higgins also has high standards for the person, or “jockey,” behind the idea. “Some of the biggest mistakes in my career have involved being really into the idea and forgetting about the jockey,” he says. 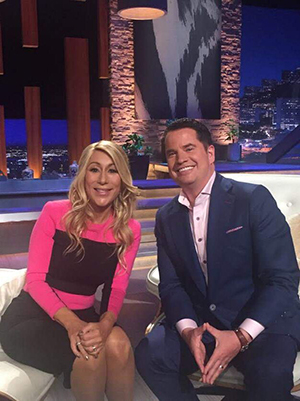 As for what he’s looking for in a jockey? “A degree of humility, confidence, and honesty with oneself” are all important. Also vital is the ability to pivot effectively from one venture to another. Sometimes an entrepreneur will stick with an idea for too long, when they might have been able to pivot more effectively if they had been willing to do some honest self-assessment earlier on in the process.

Higgins concludes with a word of advice to current law students who are struggling to find their path in life. “I went to law school simply to cultivate my mind,” he says. “There’s no shame in coming to your third year and deciding you won’t be happy practicing.” As with many other life-changing decisions that one must make, the way you pivot is the key.