Return to Fordham Law School
You are at:Home»Fordham Lawyer»Features»Swinging for the Fences

The new Women in Urban Law Leadership Initiative aims to overturn the barriers that prevent women from pursuing their dreams—whether heading up a government agency, running for city office, or staying home to take care of the kids.

By 2050, a whopping 68 percent of the world’s population is projected to live in cities, according to 2018 statistics by the United Nations. At least half of those people will be women. Cue the Urban Law Center (ULC), which is now actively looking at how leaders and laws in cities can redress access to justice issues that often affect women in particular. 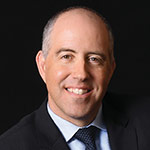 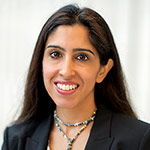 With the new Women in Urban Law Leadership Initiative (WIULLI), launched in April, the ULC’s associate director Geeta Tewari ’05 and faculty director Nestor Davidson will be spearheading a series of programs for students, new curricula, research projects, and community partnerships that aim to affect urban women where they work and live. For Tewari, who came back to the law after taking time off to care for her children and get an MFA in creative writing, that gender-based focus is quite personal, touching on the kind of discrimination women often experience after they leave day-to-day working life to devote more time to family. “I had a large gap on my resume, and I was not prepared for the types of questions that people asked me [about that],” says Tewari. “It is illegal to ask whether someone has children or child care arrangements, but nevertheless, I found myself being asked these questions,” she recalls. “I had a feeling that if I had been a man or a younger woman without children, those questions would not have come up.”

Tewari’s struggles as well as those of every person trying to find the right work-life balance in the face of societal obstacles are at the heart of why the ULC and WIULLI will turn its focus, in part, to supporting networking and career development for women practicing urban law and students interested in going into the field. That focus is a natural outgrowth of Tewari’s and Professor Davidson’s academic interests: In February, they co-edited Global Perspectives on Urban Law: The Legal Power of Cities, and are working on a third volume, which will examine the critical issues in urbanism and global development.

Cities are in a unique position to champion gender equity and serve as a model to larger governmental bodies because of the sense of duty citizens share as urban stakeholders.

One of those critical issues is how women fare in cities. Case in point: If the transportation system is failing in a city or food quality is at risk, that directly affects women, who are on public transportation with children more often and tend to be purchasing and preparing food for the family. Then there are the kinds of discriminatory behaviors that present a significant barrier for women who want to rise up in the legal profession, particularly those who choose to have children. While the field of law has definitely improved in terms of gender representation—more than 52 percent of law students are now women, according to 2018 statistics from the American Bar Association—there are still significantly fewer women leaders at higher levels of government and public service, not to mention in law firms. Indeed, the ABA found that only 22.7 percent of partners in private law are women, and only 26.4 percent hold general counsel positions for Fortune 500 companies.

With WIULLI, the plan is to create events that educate the community about the intersection of gender equity and urban law. For example, in addition to discussing the New York City human rights laws applicable to discriminatory interview questions, a program in the coming school year will also prepare community members for how to respond in the moment.

Of course, access to justice goes beyond gender issues in the workplace, which is why the ULC’s student fellows will be tackling research questions such as the effects of transportation on women in urban communities. “Cities are in a unique position to champion gender equity and serve as a model to larger governmental bodies because of the sense of duty citizens share as urban stakeholders,” says Tewari. 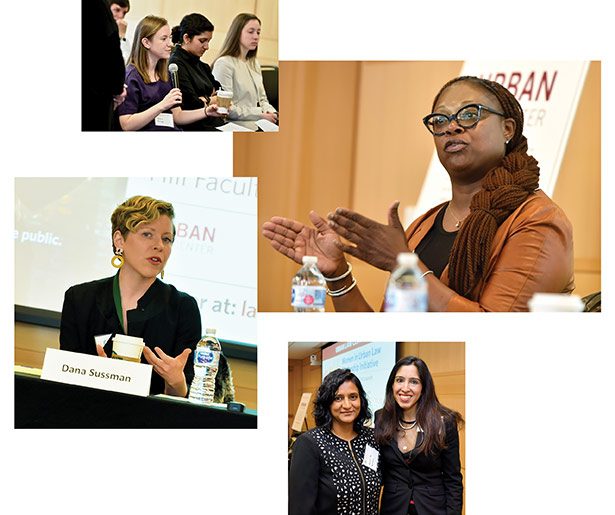 Redressing some of these inequities was a major topic of discussion at an April 16 panel marking WIULLI’s launch, which included Valerie White ’96, executive vice president and director of the division of minority and women’s business development at the Empire State Development Corporation, and Gowri Krishna ’06, associate professor of law at New York Law School. Dana Sussman, deputy commissioner of policy and intergovernmental affairs for the New York City Commission on Human Rights, was also a panelist. Sussman acknowledges that barriers for women range far and wide but often, they start close to home, with issues such as which parent deserves more leave after the birth of a child. “There are employers that still give the non-birthing parent two weeks’ leave compared with 16 weeks for the birthing parent,” says Sussman. “When there is that stark of a difference, it is not just about recovery from childbirth. It is about concretizing who gets to bond with that new child—and the assumption is that it’s the woman who will be at home doing the bonding while the man is at work.” Sussman points to New York City’s Pregnant Workers Fairness Act, implemented in 2014 to help prevent discrimination against mothers-to-be, as a step in the right direction, but more progress is needed. “Many policies in place still imply that in terms of bonding, one parent’s time is more important than the other’s,” she says.

A seat at the table

Of course, an array of social justice causes in addition to parental leave, including education availability and housing access, are part of the vibrant conversation at the Urban Law Center. Creating programs for students and the community that educate about city government and policy and emphasize the importance of equity, inclusion, and fairness is only a starting point. “To have greater access to justice, we need more women who are rising within the law, more women of color, and attorneys from diverse backgrounds overall,” says Tewari. “I am fortunate to work on these issues, and I am grateful for Professor Davidson’s support.”

Ultimately, what WIULLI hopes to foster is a path forward for women to take on urban leadership roles—for the benefit of everyone. Because it’s not only women who are hurt in a society that, to use one example, penalizes parents who want to be there for their family. “Even in a [company] with generous parental or caregiver leave, so many men feel like they can’t take advantage of it because of the stigma,” says Sussman.

That means men, too, have to take a stand for policies that foster gender equity.

“The goal,” says Sussman, “is to create spaces for women to be leaders, mothers, parents, and caregivers. Representation matters in all sorts of ways.”