The Fordham Law community is mourning the death of Honorable Deborah A. Batts, the Law School’s first African American faculty member and a U.S. District Judge for the Southern District of New York. Batts passed away in her sleep on February 3, 2020, at the age of 72. She is survived by her wife, Dr. Gwen Zornberg, and her children, James and Alexandra McCown.

“Judge Batts was a beloved member of our community and will be greatly missed. We are grateful to her for her brilliance, passion and friendship. As the first African American to receive tenure at Fordham Law and the first openly LGBTQ federal judge, she broke barriers and opened doors,” said Matthew Diller, dean of Fordham Law School. “Since joining the federal bench, we have been fortunate to hold on to her as a superb teacher of trial advocacy and a dear friend. She was a mentor to students and faculty alike. We will miss her sharp sense of humor and the joy that she took in life.”

Batts joined Fordham Law School as a professor of law in 1984 and became a tenured associate professor of law in May 1990. She taught Property, Legal Research and Writing, Federal Criminal Pre-Trial Procedure, Domestic Relations, and an advanced Domestic Relations Seminar on non-traditional families until 1994. She resigned her tenure that year and became the first openly LGBTQ judge on the federal bench after being nominated by President Bill Clinton.

Batts later returned to Fordham as an adjunct professor who taught Trial Advocacy during the course of her 25-year career on the bench. She was the main speaker at the Fordham Law 100 Year of Women event in 2019 titled “Women on the Record: Who Speaks and Why? — Women in Criminal Law.” 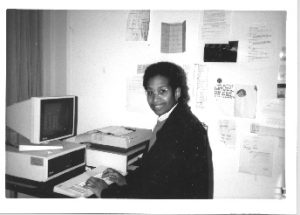 Batts received her undergraduate degree from Radcliffe College in 1969 and graduated from Harvard Law School in 1972, where she served on the editorial board of the Civil Rights Civil Liberties Law Review. Upon graduation, she clerked for Judge Pierce, then a U.S. District Court Judge for the Southern District of New York. In 1973, Batts became an associate at Cravath, Swaine & Moore in the litigation department. In 1979, she became an assistant U.S. attorney in the Southern District of New York in the Criminal Division.

Since 1973, Batts had been a member of various bar associations including the Bar Association of the City of New York, the Metropolitan Black Bar Association, and the Lesbian and Gay Law Association of Greater New York. She also served on various committees of these associations, as well as on the boards of several educational institutions. From 1990 to 1991, Batts served as special associate counsel of the Department of Investigation of the City of New York. From 1990 to 1994, she was a commissioner on the Law Revision Commission, State of New York. In June 2001, she was a team member of the Crowley Program in International Human Rights’ Mission to Ghana, West Africa, to observe the impact on the status of women in the area of inheritance of PNDCL 111, which passed in 1985. Batts was awarded an honorary degree by CUNY School of Law in 1998 and was a member of the CUNY School of Law Board of Visitors. 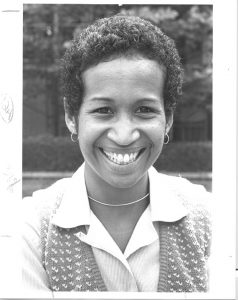 The funeral service for The Honorable Deborah A. Batts will be on Monday, February 10, at 11am, at the Cathedral of Saint John the Divine.

Cathedral of Saint John the Divine

Letters of condolences can be sent to the family of The Honorable Deborah A. Batts in care of:

In lieu of flowers, the family requests that donations be made to the following, in memory of The Honorable Deborah A. Batts:

Friends of the Children