Return to Fordham Law School
You are at:Home»Centers and Institutes»Panel Examines the “White Space” of the Legal World

In a 2014 article, Yale University’s Sterling Professor of Sociology and of African American Studies Elijah Anderson coined the term “white space” to encapsulate the predominantly white areas—neighborhoods, academic institutions, many workplaces, among others—that Black people consider “off limits,” despite being “required to navigate … as a condition of their existence.” 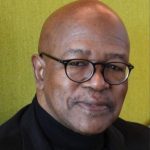 On November 12, Fordham Law School’s Center for Race, Law and Justice hosted a virtual discussion called “The Law School as a White Space?” The Center’s director, I. Bennett Capers, introduced and moderated the panel, which featured Professor Anderson, among other scholars of race and legal education. The event was presented in conjunction with The Leitner Center, the Asian Pacific American Law Student Association (APALSA), the Black Law Students Association (BLSA), and the Latin American Law Students Association (LALSA).

After asking Anderson to define the phrase by reading the abstract to his article, Capers began the discussion by probing whether the panelists thought that law schools are a “white space” and why. 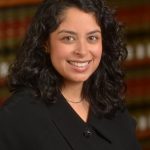 Meera Deo, professor of law at Thomas Jefferson School of Law, pointed out to Capers that the title of the program did not necessitate a question mark, as there is no question in her mind that the law school is indeed a white space—the other panelists agreed with her, with few qualifications. 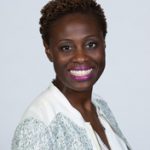 Osamudia James—professor of law, dean’s distinguished scholar, and associate dean for diversity, equity, and community at the University of Miami Law School—said she considered the concept of whiteness not just in terms of skin color or demographics. “I think about whiteness as a set of privileges from which people can benefit, a baseline or a viewpoint from which the rest of the world is assessed or measured, and a set of cultural practices that place some groups in the center and make them valued,” she explained. “And so, I think in terms of not only who is at law schools, but who is in power, whose prerogatives and priorities [dictate]what is taught—I do think that law schools are a white space.”

If the law school’s whiteness constitutes a viewpoint, Deo, who also serves as the director of the Law School Survey of Student Engagement (LSSSE) based at Indiana University, provided the hard numbers to support that assessment, citing statistics from the most recent LSSE survey, titled “Diversity and Exclusion.” “It is a provocative title, but it actually encapsulates what we are finding with regard to diversity, equity, and inclusion efforts in law schools,” Deo remarked. “The overall takeaway from that report is that privileged students tend to appreciate various diversity efforts on their law school campuses, those with less privilege are less satisfied.” To illustrate the disparity, she noted roughly 26 percent of Black female law students reported to be dissatisfied with their law school’s diversity initiatives, as compared to only 5.5 percent of white male students. 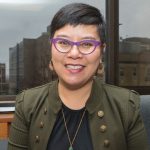 Anderson, Deo, and James joined co-panelists Emily M.S. Houh, Gustavus Henry Wald Professor of Law and Contracts and the co-director of the Nathaniel R. Jones Center for Race, Gender, and Social Justice at Cincinnati College of Law, and Elizabeth Mertz, John and Rylla Bosshard Professor of Law Emerita at University of Wisconsin and research professor of the American Bar Foundation. The five discussed their own experiences of teaching, how the structure of legal education reinforces racial homogeneity, and what role, if any, white allies could play in transforming law schools into a more inclusive space.

To round out the program, four second-year Fordham Law students—APALSA vice president Caitlin Ramiro ’22, BLSA president Abdulai Turay ’22, LALSA social activities chair Melissa Brij-Raj ’22, and BLSA vice president Tatiana Hyman ’22—joined the event to discuss their own experiences as students and perspectives on law school as a white space. All of them recounted being struck by how few other students of color they encountered in their classes and law firm jobs or feeling as if they needed to “hide” some of their racial or ethnic identity.

Ramiro recalled speaking with another woman of color at her summer job about their similar experiences, noting “I definitely feel that I have to work very hard, because then that will be a reflection on all Asian women if I don’t meet certain expectations.”

Hyman agreed with Ramiro’s analysis, and also offered the following insight, “You have to represent and to be in that space so that other Black students know they can do it, as well.”

After the panel, Fordham Law students attending the event were invited to stay for an off-record Q & A with the panelists. A video of the public discussion is available to watch HERE.