On November 17, Fordham Law’s moot court team won big at the National Moot Court Competition’s Regional Finals. After mooting five rounds over Zoom, captain Frank Piacenti ’21, Kevin Sette ’21, and Cody Anthony ’21 eventually beat out the NYU Law team in the final round to not only win the championship, but also the awards for best brief and runner-up best speaker (awarded to Sette).

This year’s problem was especially timely, as the prompt focused on a hypothetical drug company misrepresenting the risks associated with a drug developed to treat a pandemic virus, as well as the level of liability of an insurance company that underwrote thousands of prescriptions for the drug. 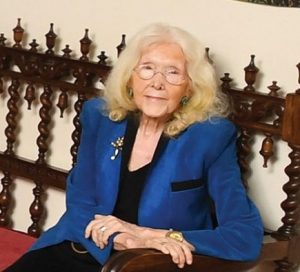 Professor Maria Marcus, the team’s faculty coach, noted, “The brief surged through the facts, bringing the readers along with them in an exciting ride. This was the right foundation for the Zoom practice moots where all the oralists spoke with equal enthusiasm, but very different presentation styles. Pointed questioning from Ashley Slater, the editor-in-chief of the Moot Court  Board, was also an important factor in the team’s success.” She praised the team’s direct approach—as many teams fall prey to the habit of merely listing numerous cases—the Fordham brief “put us right into the scene, making us care about the people [in the case].”

All three feel that the online competition—despite the usual technological hurdles and distractions of background noise and poor internet connections—gave them a leg up for their careers post graduation.

“As far as the competition being virtual, it was helpful to get some experience doing arguments over Zoom when that will likely be utilized heavily in litigation after Covid,” noted Anthony.

“A Zoom competition has given us more experience than practicing attorneys have on litigating in a virtual format that is likely to remain a consistent part of the judicial system,” said Sette, echoing Anthony’s sentiment. “That experience is invaluable to our careers.”

The team will advance to the national finals, which are scheduled for February. Once they complete their final exams, they plan to prepare much in the same way they did for the regional competition: with daily practice moots.

“Winning the competition was gratifying, but it would not have been possible without such supportive teammates.”—Frank Piacenti ’21
In an academic year marked by unprecedented and unexpected interruptions to in-class learning and bonding experiences, the opportunity to collaborate was a bright spot. “Working with Frank and Kevin was great because it gave us something to strive towards together, outside of class,” explained Anthony. “Online school can feel so impersonal that it was really beneficial to always have an excuse to work with other people. Even if an online lecture didn’t provide the camaraderie that exists for in-person classes, having to log onto a call with Frank and Kevin to work something out did.”

Piacenti agreed, saying, “Winning the competition was gratifying, but it would not have been possible without such supportive teammates. There were many times when things got frustrating, and having the team to help me through meant the difference between failure and success.”

Despite the highs of the wins, the three kept their focus on collaboration and mutual support.

“Participating in Fordham Moot Court has always been about experience first, and competition second,” remarked Sette. “I am happy to say that Frank, Cody, and I continued that tradition even in a virtual format. Winning felt great but only because I was able to win with two good friends as my teammates.”