The spread of COVID-19 has forced the criminal justice system to dramatically rethink how court proceedings take place. Many courts have transformed hearings to take place virtually over video conferencing software. During the Fall 2020 semester, students in Fordham Law’s Criminal Defense Clinic (CDC) appeared in five virtual court cases in New York City Criminal Court. The clinic’s supervisors, Professors Cheryl Bader and Martha Rayner, worked closely with students to prepare for the cases and navigate a new virtual world for their clients.

Michelle Orchard ’21 and Pro Bono Scholar Sophia Rivero ’21 collaborated on an open case that had been overseen by other clinic students during previous semesters. This case had also been administratively adjourned a number of times since April 2020, due to the pandemic. The case involved a client who had previously pleaded guilty to a misdemeanor. However, after completing a year-long treatment program, the client withdrew that plea and entered a guilty plea to a disorderly conduct violation, which is not a crime. The plea was accepted by the presiding judge, and the case was closed towards the end of the fall 2020 semester.

Because the client did not have access to the technology needed to join the hearing remotely from his home, Tracey Higgs, CDC’s legal assistant, worked with the Law School to safely accommodate the client on campus on the day of the hearing.

As Orchard appeared on the record virtually from a room inside the clinic on the 9th floor, the client appeared virtually from the clinic’s large conference room—where he and Rivero were masked and socially distanced from one another. Professor Bader, who appeared remotely from her home, noted that, in this unique situation, the students could quickly run back and forth to one another if needed.

Though Orchard said she found it a little strange not having Professor Bader physically standing nearby, the two had thoroughly prepared prior to the case, having discussed various questions the judge might ask. “I practiced what I was going to say ahead of time, which is the same approach whether you’re in a virtual courtroom or an actual courtroom. You always want to practice,” Orchard said.

In the same vein, Rivero said the CDC had been a beneficial resource to turn to when preparing for this case. “This was a bit unprecedented for everyone,” she said. “But it was really helpful to have the clinic and our group brainstorm what to expect, bounce ideas off of each other, and develop, from scratch, best practices for virtual appearing because no one had really done them before.”

Professor Bader was proud of Orchard and Rivero, remarking on how seamlessly their appearance went.

“The students were great and they were able to think on their feet. And I think they were quite excited about the prospect of having a court appearance,” she said. “Every student in the CDC is usually guaranteed at least one court appearance—if not more—over the course of the semester. At the beginning of the term when our cases were getting administratively adjourned, it wasn’t clear that any of them would have the opportunity for a court appearance.” 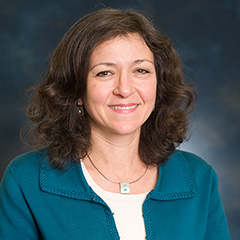 Professor Bader, however, also noted several challenges that come with remote representation, including the physical disconnection from clients and colleagues. “They had to build trust and confidence with their clients, who they’re not sitting next to, and cultivate a relationship with them,” Professor Bader said. “Being remote is the opposite of what we’re encouraging students to do in terms of jumping in to understand the client’s case and getting involved as the lawyer.”

Another challenge that comes with remote representation is discovering facts when there are physical, in-person restrictions due to the coronavirus pandemic. “The students have to think creatively in investigating and work harder to get witnesses to speak with them on the phone or through email,” Professor Bader noted.

Though the students missed out on the opportunity to experience a New York City criminal courtroom firsthand, they did get to see at least one case be resolved by the end of the semester. “Not being there physically and not experiencing the sights, sounds, and smells is a missed learning opportunity,” Professor Bader said. “On the other hand, you’re still the individual standing up for your client’s liberty and interests in virtual court.”

The CDC has three virtual appearances scheduled in February and March and is expected to have additional appearances as the semester continues.