The Fordham Law Moore Advocates have achieved huge milestones in the spring semester thus far. For the first time in Fordham Law School history, the Moores advanced teams to both the Texas Young Lawyers Association (TYLA) Nationals and American Association for Justice (AAJ) Nationals in the same year.

“It’s always very exciting when the students bring home trophies rewarding them for their hard work and extraordinary accomplishments. But it’s even more gratifying to see how, year after year, so many students find themselves as lawyers by doing simulated trials,” said James L. Kainen, professor of law and Brendan Moore Chair in Advocacy.

He continued, “Even those who do not become litigators report that the analytic and advocacy skills they learned in the Brendan Moore Center are central to their success in whatever career they pursue.”

Second-year Moore Advocates Chehak Gogia, Alex Cosio-Marron, Kacie Candela, and Dominic Conoshenti won the Region 3 Championship of the AAJ Student Trial Advocacy Competition, held from March 4 to 7. They triumphed over a team from Yale in the finals and later competed in Nationals, which took place April 15 to 18. The team ended up as national semifinalists, being named one of the Top 4 teams in the country.

“I could not be more proud of these students and how they handled themselves in competition,” said Moore Advocacy Center Director Adam Shlahet ’02, who also gave a shout-out to their coaches, Michael Hardin ’14 and Brittany Russell ’13. “We’re excited to see them return next year.”

“It felt really good to win after we put so much time and effort into it,” said Gogia, noting she and her teammates practiced at least 12 hours a week leading up to the competition weekend. “[The last day] was a marathon, but it was totally worth it. I’m so happy I got to work alongside such amazing people because it really was a team effort.”

Russell—who has coached for four AAJ competitions so far since graduating in 2013—noted the team’s comradery did not go unnoticed throughout the seven weeks of practice and during the competition.

“All four of the students were paying attention to every word that was said during that competition and were helping one another—taking notes for each other, getting ready to help out with the closing,” Russell said. “It was really satisfying as a coach to see them learn so much, get so much better, and see them helping each other. They tried a great case.”

She added, “And what I’m the most proud of them for are their ethics and professionalism, which are really what carried the day for them.” 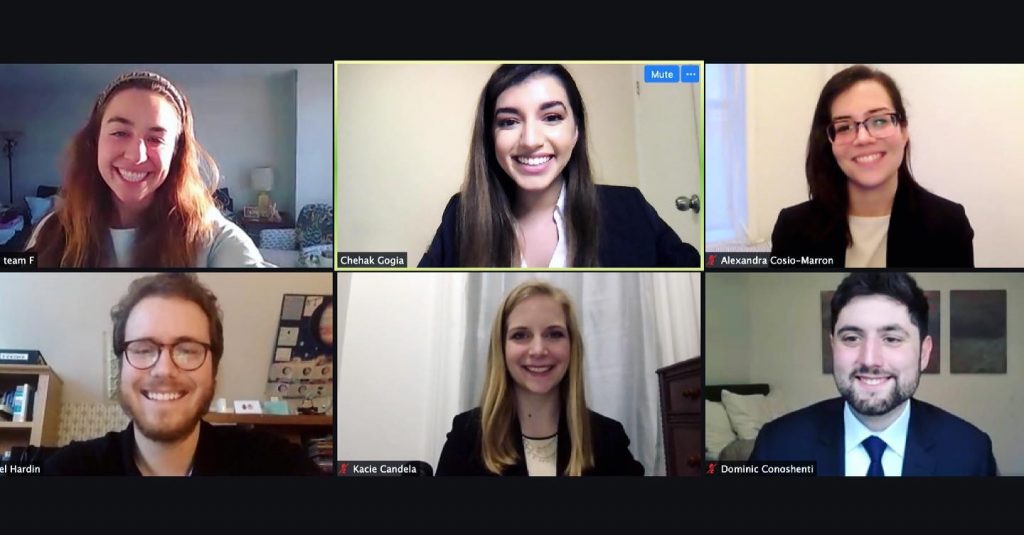 “One thing we emphasized to the team the entire time was not sticking to a specific script,” Rivera said, also highlighting the team’s willingness to work hard and be flexible. “There was a lot of reactive thinking and acting in the moment as opposed to going along with whatever you had written down.”

Weick—who tied for the Best Overall Advocate Award with Riegelsberger—said their team practiced tirelessly in the four weeks leading up to the competition as they developed evidentiary arguments and perfected their case theory.

“I’m so grateful for the practical trial skills I learned from my coaches and my teammates over the past four semesters,” Weick said. “Being named one of the best advocates in the competition was an amazing way to close out my time in Fordham’s trial advocacy program.”

Rivera said, “I couldn’t be happier or any prouder of the students’ performances. It was one of those times where I wished we were here in person because I don’t think my smile over the Zoom screen did it justice.”

While the Southern Classic competition was taking place virtually in Mississippi that weekend, the TYLA teams were also virtually competing in Florida. TYLA, as Shlahet noted, is one of the oldest and most prestigious trial competitions in the country.

Colman noted that while the preparation was rigorous, she said it was a privilege to represent the Brendan Moore Trial Advocacy Center at the competition.

“I am so grateful for the countless hours our fellow students and alumni coaches donated to helping us become the best advocates we could be. Our win in the competition is a testament to their dedication,” Colman said.

“More than anything, I am just happy to have had an opportunity to bring home a championship to a program that has been the most rewarding and important aspect of my law school career.”

“One of the things that is so exceptional about the Moore group is the active involvement of our alumni,” McGuigan said. “A lot of them are trial attorneys and litigators and have insane workloads. Yet, they still committed themselves to coaching us and spending hours and hours every week with us—discussing and thinking about what, at the end of the day, was a fake trial.”

“The willingness and number of people who are willing to help every team—no matter the competition—really sets Fordham Law apart,” she continued. “I think we have all benefited from that so hugely.”

“We could not be prouder of these very special student advocates,” Shlahet said. “Jeff, Mike, and I were honored to coach them.” 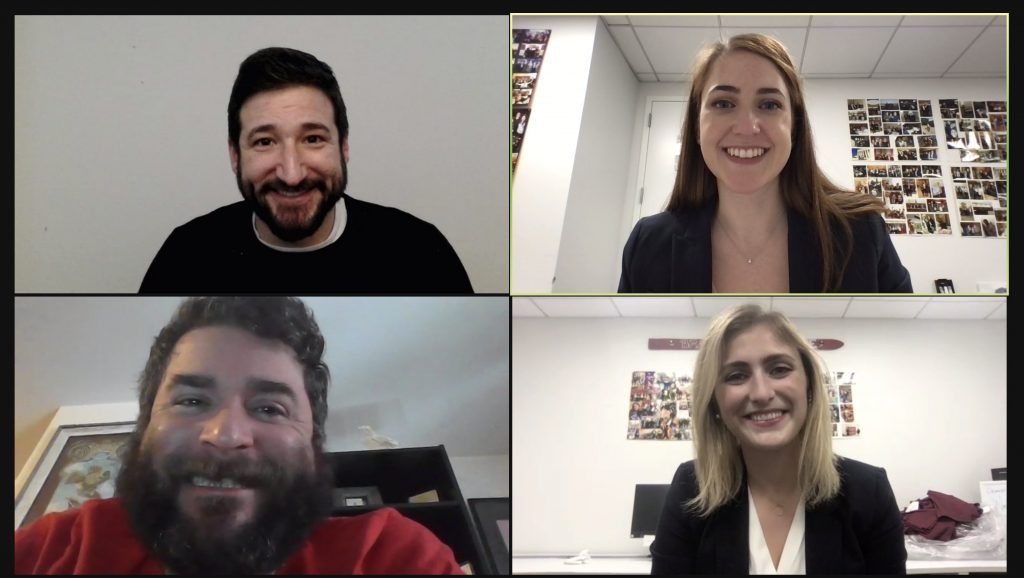