On April 29, Fordham Law School launched the inaugural Reidenberg Lecture, a new annual series of talks memorializing the life and legacy of the late Professor Joel Reidenberg, Stanley D. and Nikki Waxberg Chair in Law and founder of the Center on Law and Information Policy (CLIP). Judge Denny Chin ’78 of the U.S. Court of Appeals for the Second Circuit delivered the lecture.

“We offer today’s program and this series as an act of love and gratitude to all that Joel brought into our lives,” Dean Matthew Diller said in his opening remarks. “We miss his friendship, energy, sense of humor, and enthusiasm … but, beyond that, we miss his intellect, curiosity, and insights in helping us to understand our world as it is emerging from the pandemic.”

“This lecture series is offered in that spirit,” Diller continued, “as a means of sharing ideas and insights about the changing landscape of information law and enabling us to learn from leading scholars, judges, and lawyers.”

Speaker Judge Chin was a longtime friend and colleague of Reidenberg. In his remarks, Judge Chin described how Reidenberg helped introduce him, as well as many other judges, to the world of information and data law. He also recalled the time Reidenberg invited him to join a panel on judging technology at Princeton University in 2014.

“With Joel moderating, we explored the challenges of applying decades-old statutes and long-existing legal principles to new technologies,” Judge Chin said, listing some of the technological advancements in question, ranging from broadcast television to streaming to the cloud.

“To what extent was Congress’s intent when it passed a law, half a century ago, still relevant today?” Judge Chin rhetorically asked. “Has the concept of reasonableness, for purposes of the Fourth Amendment, changed as technologies, surveillance, and tracking devices have evolved? And what about the impact of technology on the presentation on evidence and argument in the courtroom?” 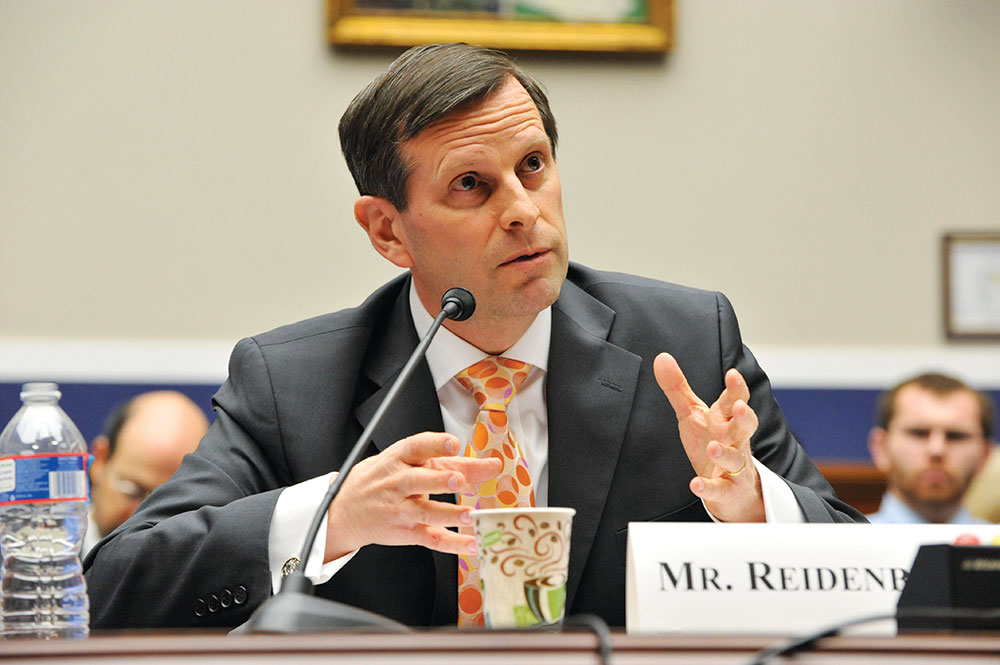 A Scholar Ahead of His Time

All the panelists—as well as Northeastern University and Fordham Law professor Ari Waldman who moderated the event—agreed that Reidenberg was ahead of his time. They listed numerous ways in which his finger was on the pulse for major issues that would arise decades after bringing them to the table.

In particular, Reidenberg’s groundbreaking article from 1998, “Lex Informatica: The Formulation of Information Policy Rules through Technology,” showed that the developers of networked technologies were as important to data protection and cybersecurity as policymakers and conventional legal mechanisms. As with Lawrence Lessig, another leader in the field, Reidenberg recognized that system designs compete with and sometimes supplant government regulation. Given the evolution of smartphone technology and social media, his observations were extraordinarily prescient.

Solove also recalled how Reidenberg was writing about the significance of the European Union “long before anybody in the US cared about the EU”—analyzing similarities and differences between the EU’s and US’s approaches to privacy in the 1990s.

“Pretty much anything you want to write about you can look at and can see decades ago Joel had thought about it and had made a contribution to it,” Solove said. “It’s really incredible that he was able to not only come up with great ideas and lasting thoughts, but ones that were done so early on before others were saying them.”

Schwartz spoke about how invested Reidenberg was in hearing and discussing others’ ideas as well. “It didn’t matter if you were a Supreme Court justice … or if you were a student,” Schwartz said. “He was really interested in what you were thinking.”

Strandburg noted how her late colleague was very critical about technology’s effects and regulatory force on privacy. “He always maintained this optimism about the ability for [technology]—that we might have to use technology to help us solve these problems,” she said. “Reading Joel’s work really made me feel like, ‘Yes, this is something we should keep trying to do.'”

Kaminski added that Reidenberg’s optimism and critical eye were so rare in the field. “He had an incredible eye and brain for high theory combined with really nitty gritty applicable law,” she said. “That’s something that can be quite rare in legal research.”