President Borut Pahor of Slovenia made a special visit to Fordham Law School on September 22 during his brief stay in New York City for the 76th session of the UN General Assembly.

“It was an honor to have President Pahor with us,” Dean Diller said. “His career is so remarkable and President Pahor has played such a pivotal role in bringing a full-fledged flowering of democracy to Slovenia.”

At 26, President Pahor was elected a member of the European Parliament and was a parliamentarian during Slovenia’s independence and constitution-making processes. He also served as President of the National Assembly and Prime Minister of Slovenia. He was elected the fourth president of Slovenia in 2012 and was re-elected for a second term five years later. President Pahor was successful in all nine elections that he ran in over the course of 32 years.

“It was wonderful to meet President Pahor and his advisors, and to host them here at Fordham Law,” said Dean Landau, echoing Dean Diller’s sentiments. “We were honored that President Pahor took time out of his busy schedule to join us, and we were captivated by his remarks.” 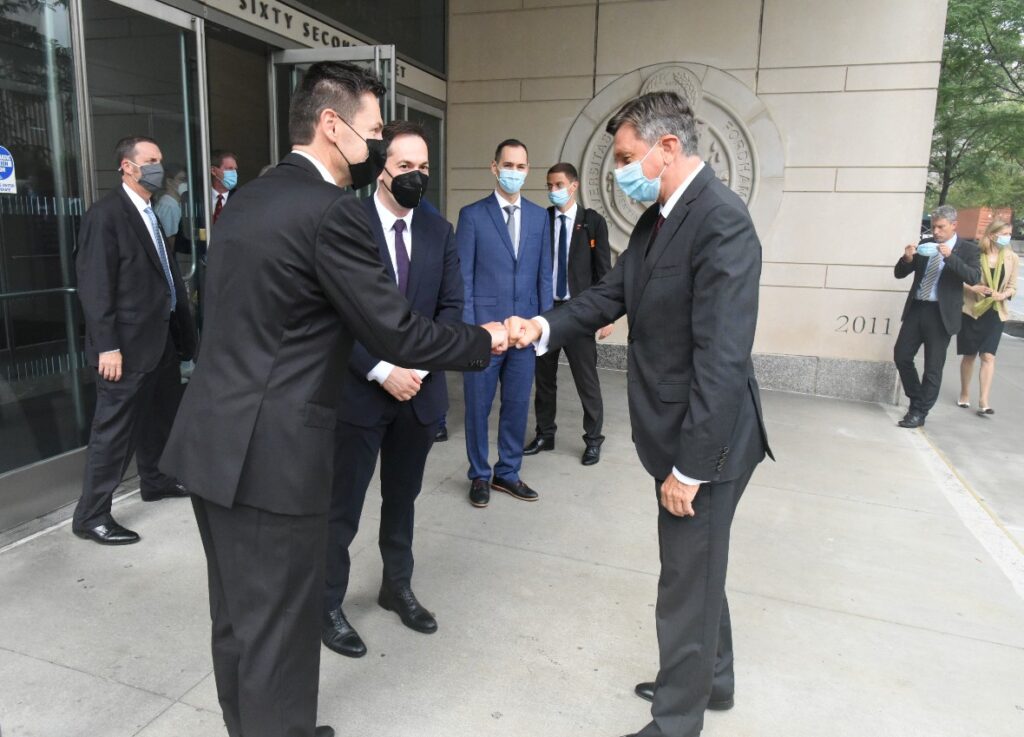 President Pahor Speaks with Students about Elections and Democracy

Visiting Professor Jurij Toplak, who is from Slovenia and is a law professor at the University of Maribor and Alma Mater Europaea, invited President Pahor to the Law School as a guest speaker. Given Pahor’s extensive experience in Slovenian government over the last three decades, Professor Toplak thought he was the perfect person to discuss election law.

“This was the first time we invited and had a country’s leader come and speak,” Professor Toplak said, explaining that guest speakers who normally visit his class hail from academia. “It is not only important to hear what lawyers think about electoral reforms and their roles in elections, but also what politicians think about it and what their experiences are.”

“I was amazed at the level of engagement by our students,” Professor Toplak added. “We had a wonderful exchange of ideas as we covered several highly relevant election law topics.”

Students from Professor Toplak’s comparative election law class, as well as students enrolled in the Law School’s LL.M. program, had the opportunity to engage with and ask President Pahor questions related to electoral law, the role of elections in democracy, freedom of speech, the rise of populism, and regulation with new technologies (including social media platforms and the shifts to mail-in and electronic voting, thanks in part to the coronavirus pandemic). 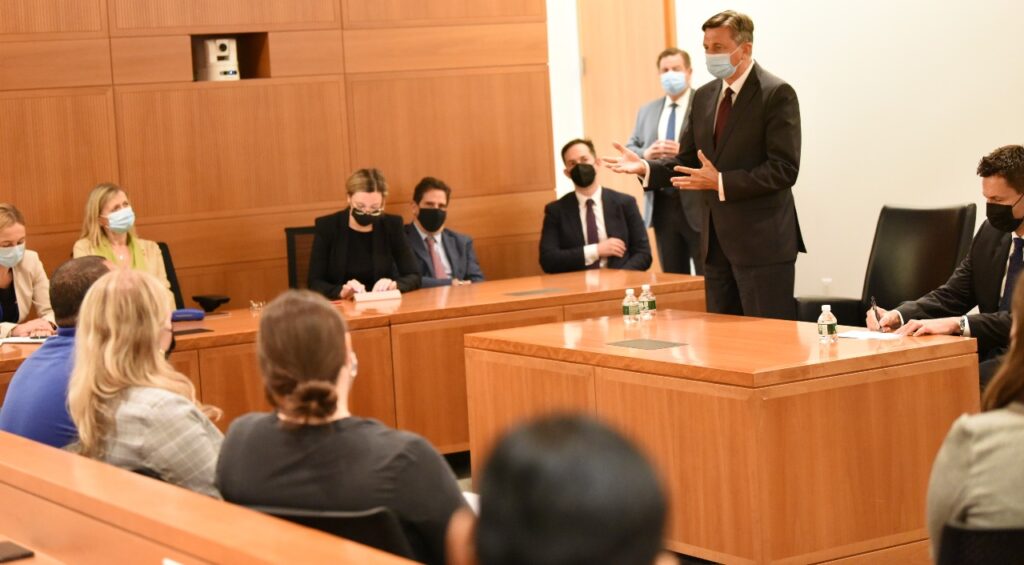 “President Pahor was incredibly generous in conversing with our students about elections, the press and media, and the need for politicians to be innovative,” said Assistant Dean Toni-Jaeger-Fine, who leads the Law School’s graduate programs.

“I was particularly impressed by his focus on the need for leaders to engage in thoughtful and meaningful dialogue with stakeholders, regardless of their views.”

Towards the end of the lively discussion, President Pahor emphasized to the room of about 70 people that a person not only needs passion and determination to follow their vision, but courage as well to persevere. “You have talent … and a lot of knowledge,” President Pahor  said, “but what you have that maybe others will not is the determination to go on and stand up when beaten down.”

“Go on with your heart and your dream,” he continued, “and be open to criticism, to different ideas [because]they may be very helpful.”

“People will slowly, step by step, recognize you as a leader,” President Pahor added.

Students in attendance said that they felt grateful to Fordham Law for being able to hold the visit, calling the informal conversation with President Pahor a “once in a lifetime opportunity.” “As a legal officer of the Philippines’ Department of Foreign Affairs, I was very excited to meet him in person and hear his insights on election and democracy,” said LL.M. student Frangelin Sarabia ’22.

J.D. student Matthew Vaughan ’23 thought the experience was “enlightening” as he and his fellow classmates learned the President’s views on social media and other issues democracy faces around the world today. “When President Pahor asked me why I asked him my question [about national referendums and direct democracy in light of the events surrounding Brexit], it was apparent that he was not only answering questions,” Vaughan said. “He was also interested in our perspectives as law students.”

Fordham University student John Cugel ’24, whose family lives and works in Slovenia, was able to ask President Pahor what his definition of success is given his long standing career in politics. “Attending the lecture was one thing, but conversing with the president of Slovenia was a great honor,” Cugel said. “Talking with the president of the country that means so much to my family was one of the most profound experiences of my life that I will never forget.” 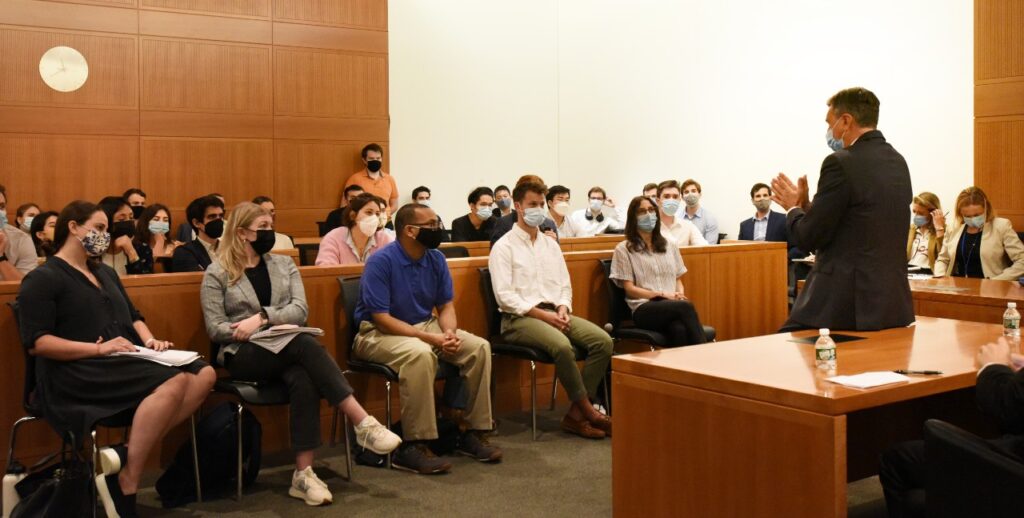